United Kingdom
Cairnpapple Hill is an archaeological site and hill located in the Bathgate Hills in the West Lothian region of Scotland.
Want to visit
Undo
0
Been here
Undo
0 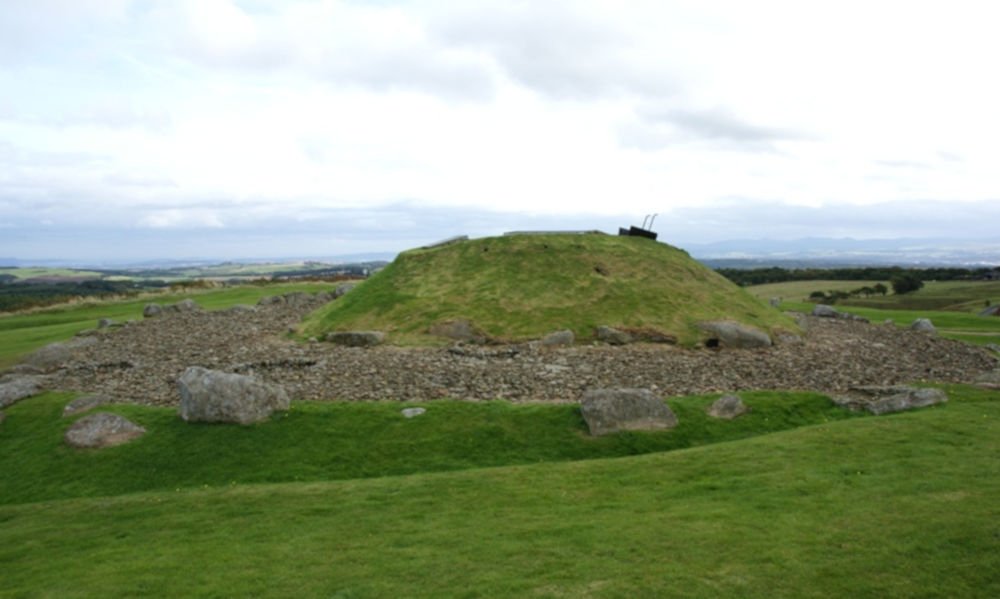 Cairnpapple Hill is an archaeological site and hill located in the Bathgate Hills in the West Lothian region of Scotland. The hill was used for ceremonial purposes from the Neolithic and as a burial site from the Bronze Age.

Cairnpapple Hill was used as a focus for social activities from the fourth millennium BCE to the Christian era.

The earliest known human activities, consisting of building fires and leaving pottery shards and axes behind, date back to 3500 BCE. Six firepits were discovered. Around 3000 BCE the henge monument was erected, which was probably intended for ceremonial activities.

In the Bronze Age, Cairnpapple Hill was used as a burial ground. It is unknown whether the burial site at this site was the result of the ceremonial activities that took place here in the Neolithic. The cemetery remained in use for about 2000 years.

The most recent graves date from the post-Roman era.

Archaeologist Stuart Piggot conducted excavations on Cairnpapple Hill in the period 1947-1948. This was the first henge in Scotland to be investigated by modern scientific methods.