Italy
At Capo Colonna a lonely column is all that remains of one of the most important religious sites of Magna Graecia.
Want to visit
Undo
0
Been here
Undo
0 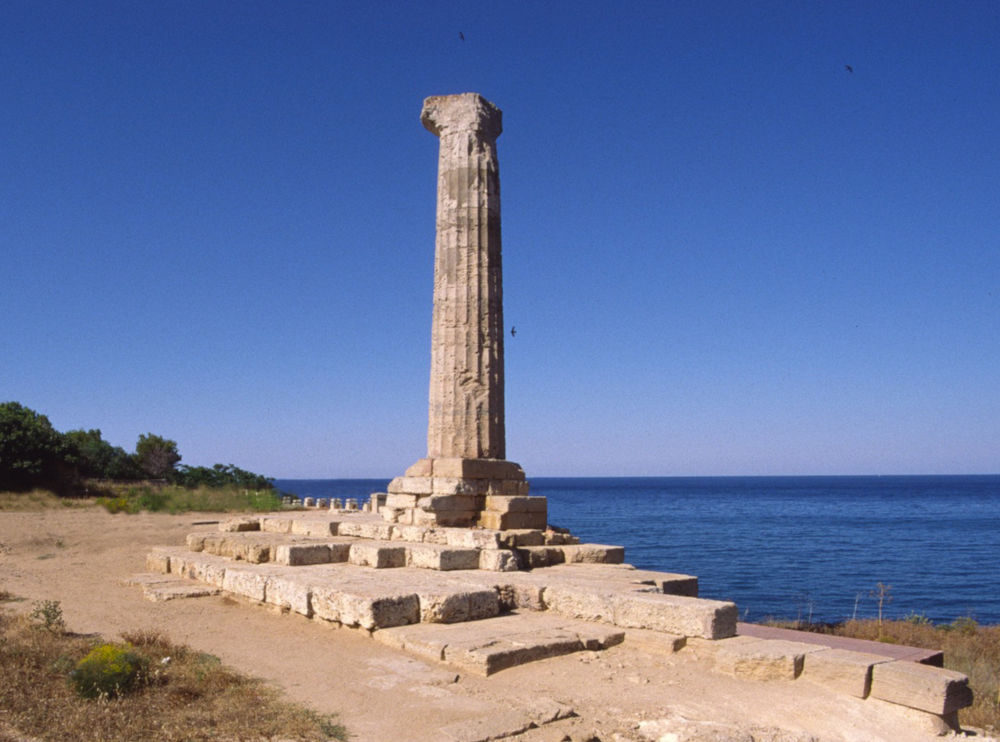 Capo Colonna (Lacinium in Latin) is the promontory that determines the western limit of the Gulf of Taranto, where the temple dedicated to Hera Lacinia once stood. This temple was one of the most important religious sites in Magna Graecia.

Until the sixteenth century it was called "head of the Columns" because many columns of the temple of Hera Lacinia remained in their place. In ancient times its name was Lacinion (Λακίνιον in Greek). Its importance lies in the amount of historical elements that are linked to this tip of land stretched out on the Ionian Sea. Unfortunately it was used as a quarry of worked stones for the nearby castle, the port and the local noble palaces until only a solitary column remained in sight of the sailors, erected among the ruins.