Greece
The Demeter sanctuary in Patras is a place of worship for Demeter and an oracle site.
Want to visit
Undo
3
Been here
Undo
0 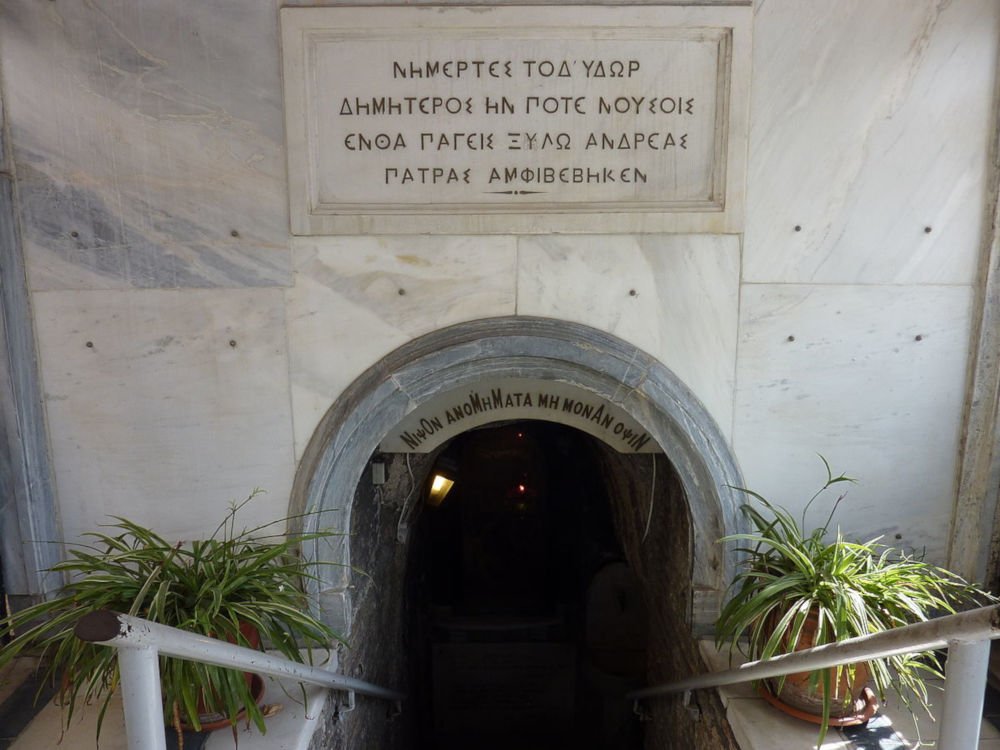 The Demeter sanctuary in Patras is a place of worship for Demeter and an oracle site.

The Demeter sanctuary of Patras was near a grove in which Apollon and Aphrodite were worshipped. It was decorated with portraits of Demeter and her daughter Persephone as well as the personified earth, the latter sitting, mother and daughter standing. The spring at the sanctuary was used as an oracle in case of illness. A mirror was lowered into the water and then showed the interviewer the person they feared for, alive or dead. According to Pausanias, this oracle was infallible. He also describes the area around the spring at that time, which was closed off by a wall on the temple side and had an entrance on the other side. Apparently, you had to go deep to get to the water.

This description of the location is very similar to the current situation on site: the classicist church in honour of the Apostle Andreas, who is said to have suffered his martyrdom there, was built in the 19th century on the site of the Demeter sanctuary.

Immediately next to the church, there is a roofed staircase that is closed off by a grid and leads down to the spring. An inscription above the vault points to the former veneration as the unmistakable Demeter spring and the crucifixion of Andreas at this point. Patras is a carnival stronghold in Greece. It is believed that certain customs of this festival go back to rites in honor of Demeter.