Netherlands
Dolmen D2 is a prehistoric portal grave in the Netherlands.
Want to visit
Undo
1
Been here
Undo
0 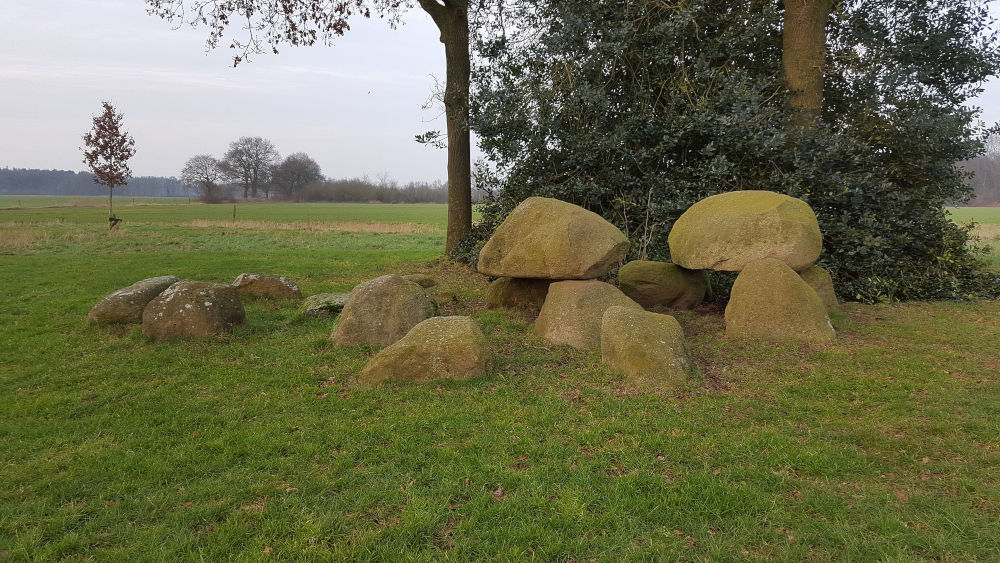 Dolmen D2 is a prehistoric portal grave. This dolmen is located on the east side of Westervelde, in the Netherlands.

Dolmen D2 was built between 3400 and 3100 BC. and is attributed to the funnel beaker culture. It is a small dolmen which originally had four capstones, two of which ended up in the crypt and could later be placed on the supporting stones. A remnant of the third capstone is in the grave and the fourth is missing. Boreholes can still be seen in the remains, the stones were made smaller by putting powder in the boreholes and detonating it. The debris was used as a building material or pavement. The eight supporting stones and two keystones are complete. There are also two gate supports.

The dolmen is 8 meters long and 3 meters wide.