France
The Dolmen de la Madeleine is a dolmen located in Gennes, in the French department of Maine-et-Loire.
Want to visit
Undo
0
Been here
Undo
0 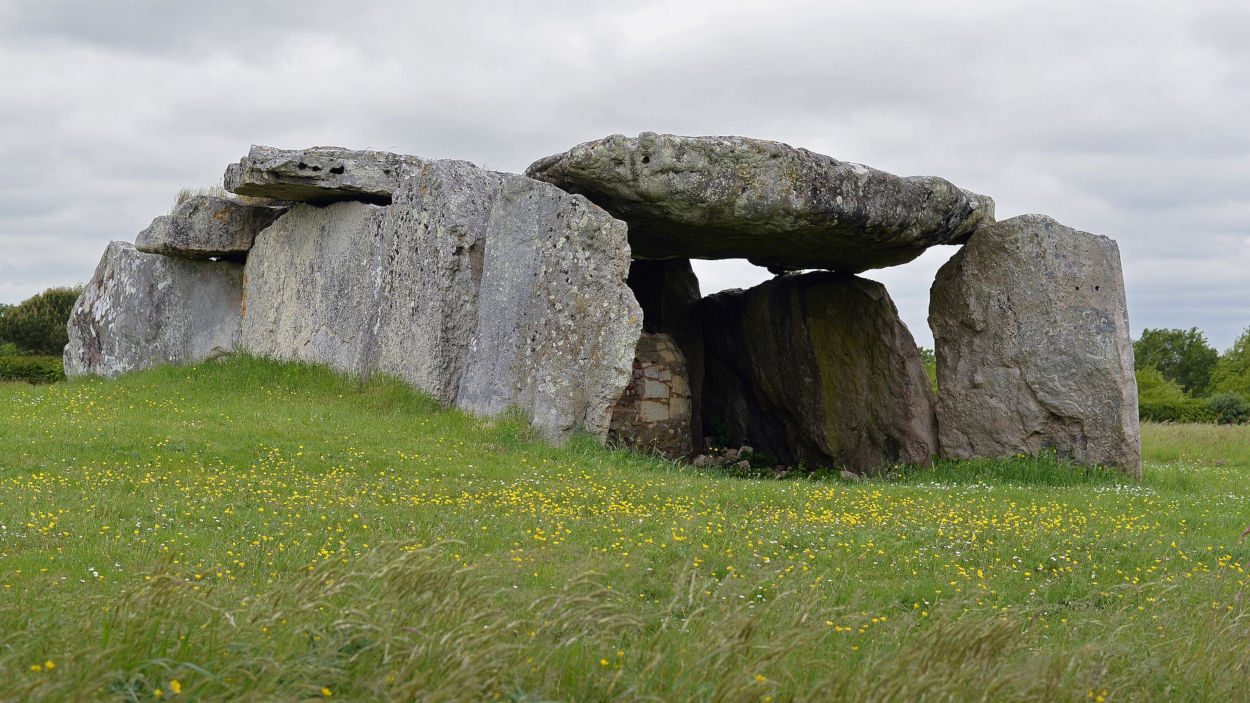 The Dolmen de la Madeleine is a dolmen located in Gennes, in the French department of Maine-et-Loire.

The building was classified as a historical monument in 1930.

It is a large and beautiful dolmen built with sandstone slabs, sandstone type with sabals. Its area is approximately 80 m2. The dolmen is covered with two tables of cover, including a very large split in two. The chamber is 2.7 meters high, delimited by three orthostats on the north side and three other south sides. On the west side, the room is not completely closed, as, for the east side, it is fully open but was originally supposed to have a portico which has now disappeared. The soil was over-dug when the building was reused as a cart shelter by the neighbouring farm. Likewise, a bread oven had been installed at the back of the chamber.

In 1940, Michel Gruet was able to observe the presence of numerous human bones in the excavated material thrown outside the chamber and to find a few cut flints around.