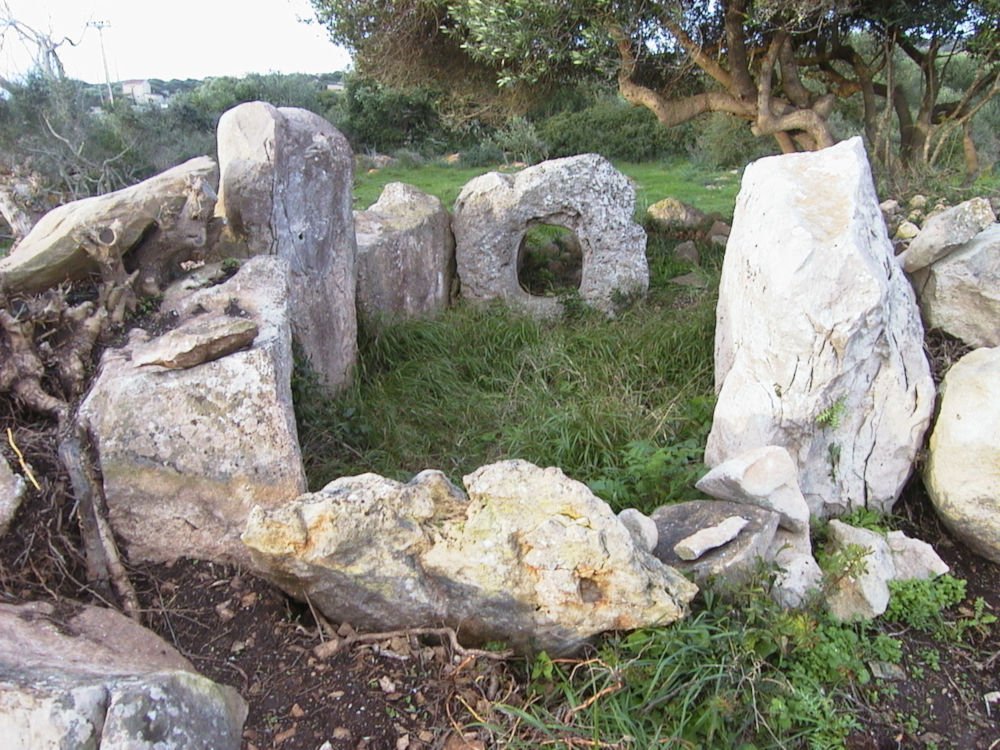 The dolmen of Alcaidús d’en Fàbregues (also known as Tanques de Montpler) dates back to the 2nd millennium BCE. It is located in the garden of a villa south of the Me-1 road from Maó to Alaior on the Spanish Balearic island of Menorca.

The almost rectangular chamber consists of high and cut-off medium-high panels, some of which are missing. Access to the chamber is through a pecked, almost rectangular soul hole in the facade stone. The soul hole has an edge recess on both sides. On the outside, it seems to serve to hold a closure plate. However, the function of the recess on the inside has not been clarified. The upper part of the chamber is missing. It was originally covered by an oval mound made of stones and earth.

The construction of the dolmen is very similar to the dolmen of Ses Roques Llises and Montplé. The latter is located a few hundred meters from the Alcaidús d’en Fàbregues dolmen and is practically its twin. A fourth dolmen with a soul hole on Menorca, the Dolmen of Binidalinet, is incomplete and cannot be sufficiently compared with the others. North of the Me-1 road from Maó to Alaior are the talayot ​​of Biniaiet Vell and the talayotic settlement of Sant Vicenç d’Alcaidús.