United Kingdom
The Dwarfie Stane is a Neolithic burial chamber carved into a single rock, located on Hoy, one of the Scottish Orkney Islands.
Want to visit
Undo
0
Been here
Undo
0 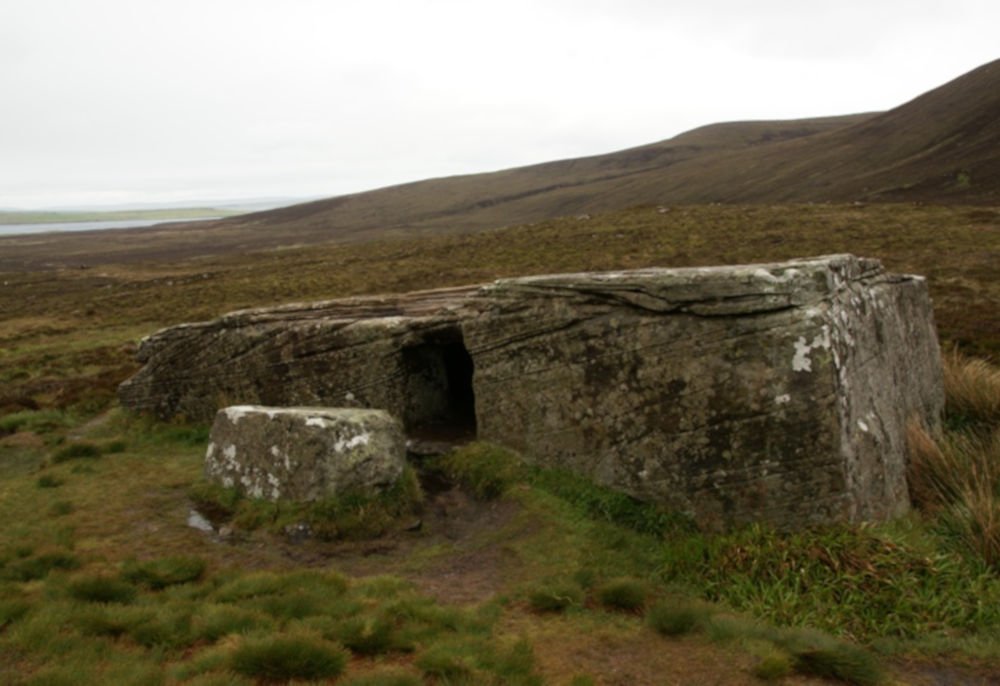 The Dwarfie Stane is a Neolithic burial chamber carved into a single rock, located on Hoy, one of the Scottish Orkney Islands. This tomb is the only example in Great Britain of such a tomb.

The Dwarfie Stane is a tomb belonging to the Orkney-Cromarty type, characterized by an oval or rectangular chamber divided by upright stones into compartments. Some scientists consider the Dwarfie Stane to the Bookan subtype, which is characterized by its deviation from the usual burial chambers. The Taversöe Tuick Chambered Cairn also belongs to this subtype. Orkney-Cromarty burial chambers were made in the Neolithic, between 3500 BCE and 2500 BCE. The burial chamber is carved into the rock only with the help of stone tools.