France
The Janus temple in Autun, a French town in the Saône-et-Loire department in the Burgundy region, is the ruin of a tower from the 1st century on the northern outskirts.
Want to visit
Undo
0
Been here
Undo
0 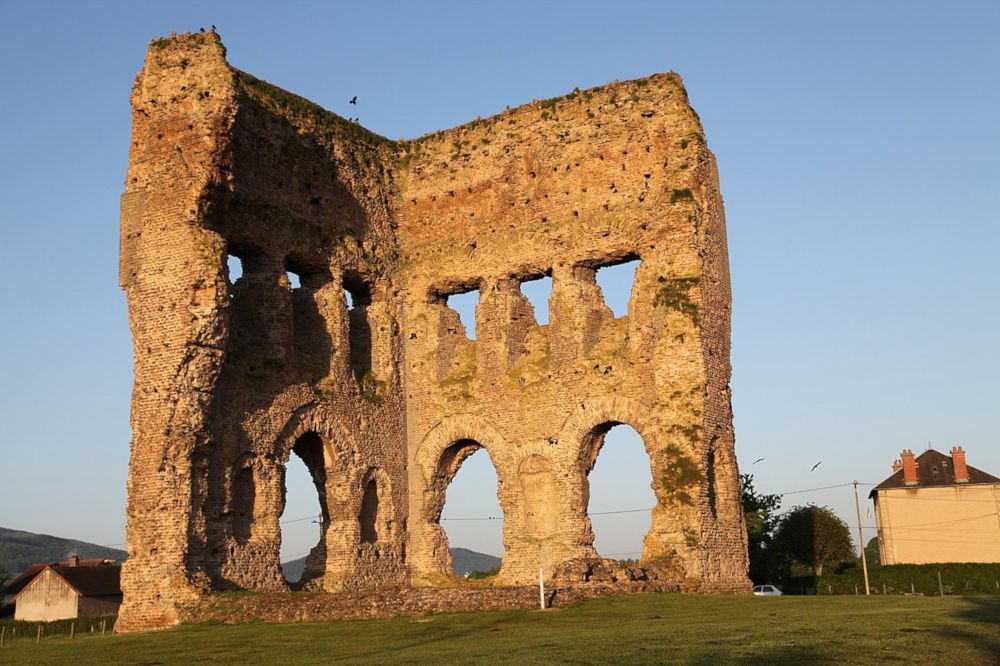 The Janus temple in Autun, a French town in the Saône-et-Loire department in the Burgundy region, is the ruin of a tower from the 1st century on the northern outskirts. The building is owned by the municipality and has been listed as a Monument Historique since 1840.

The Temple of Janus is a Gallo-Roman temple with a colonnade that surrounded the entire building. This corridor is no longer preserved today, but remains of mosaics have been found on the site of its floor. Of the once square tower, there are only remains of walls on two sides at a height of 24 meters and a thickness of 2.2 meters. Its stone cladding, which probably existed earlier, is missing, as is its former tent roof, but the holes for the rafters are still visible. The remaining walls are evenly structured on the outside by flat niches on the ground floor and three windows on each side of the upper floor. Inside, the walls are said to have shown the remains of red plaster in the past. The same applies to the niches on the inside: traces of painting are said to have been visible there in the past. A mosaic stone block in the middle of the cella that is no longer preserved could have been the base for a statue of a god.