Slovenia
Krkavčanski menhir is a 2.5 m high unpolished stone megalith located near the town of Krkavče in Slovenia.
Want to visit
Undo
0
Been here
Undo
0 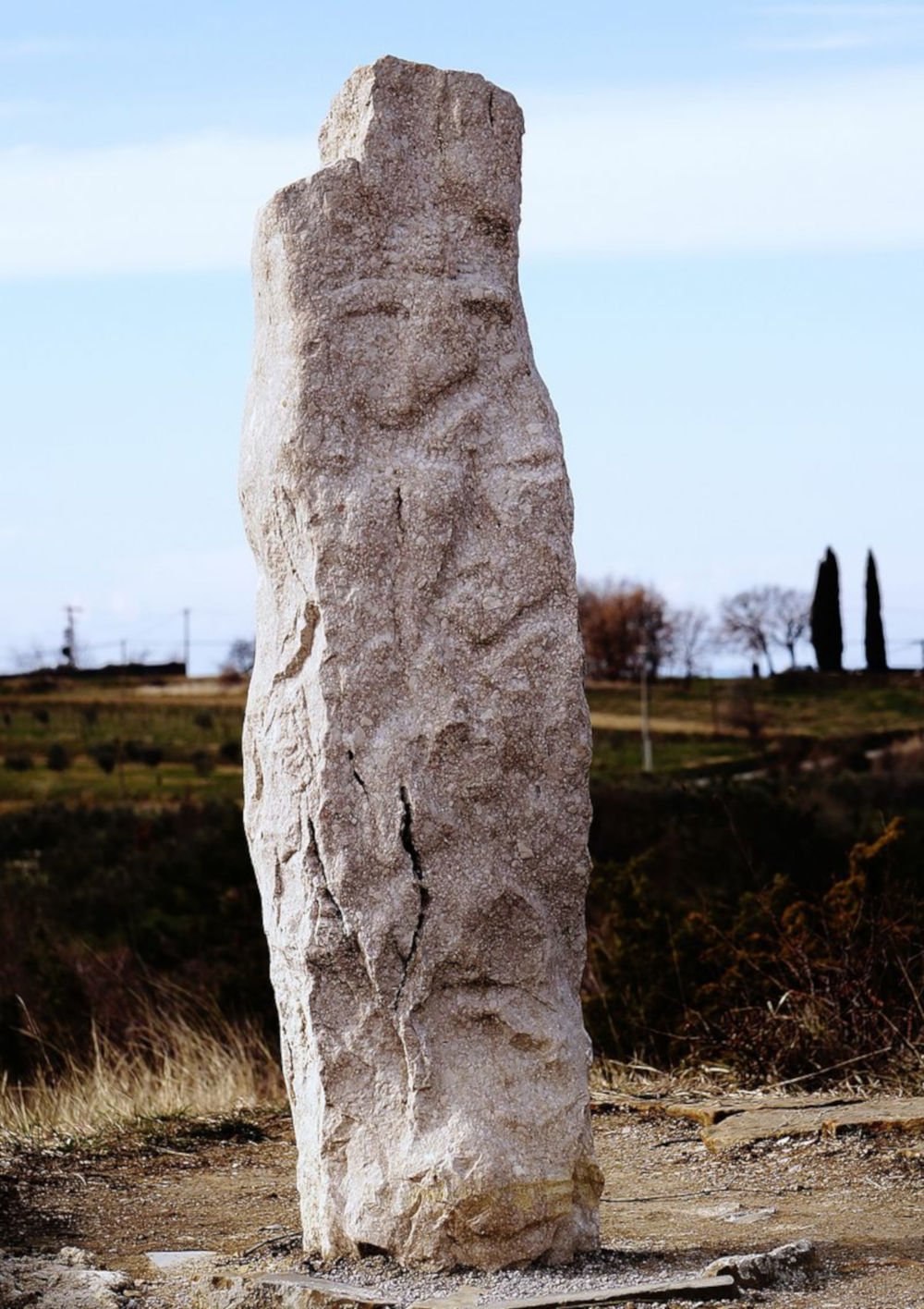 Above the ground, has a height of about 1.5 metres. On the menhir is an image of a naked human (according to some divine)carved with outstretched arms and a sun bead around the head. Almost half of the stone is underground. The menhir is thought to date back to the first to third century CE. Today a replica is in place and the original is in the Provincial Museum of Koper. During the war, the stone was buried and then placed in a different location, but still close to its original location. Originally the stone was larger, but the top of the stone was chipped and damaged. Krkavčanski menhir is one of the few monoliths believed to have survived for centuries and is still a relic of the ancient religious (pre-Christian) faith of Slovenia and as such is an important heritage of the Slovenian pre-Christian era.