Slovenia
The Orpheus monument in Ptuj is located on Slovenski trg in the city of Ptuj, Slovenia. It was built in the 2nd century for the mayor Mark Valerius Verus.
Want to visit
Undo
1
Been here
Undo
0 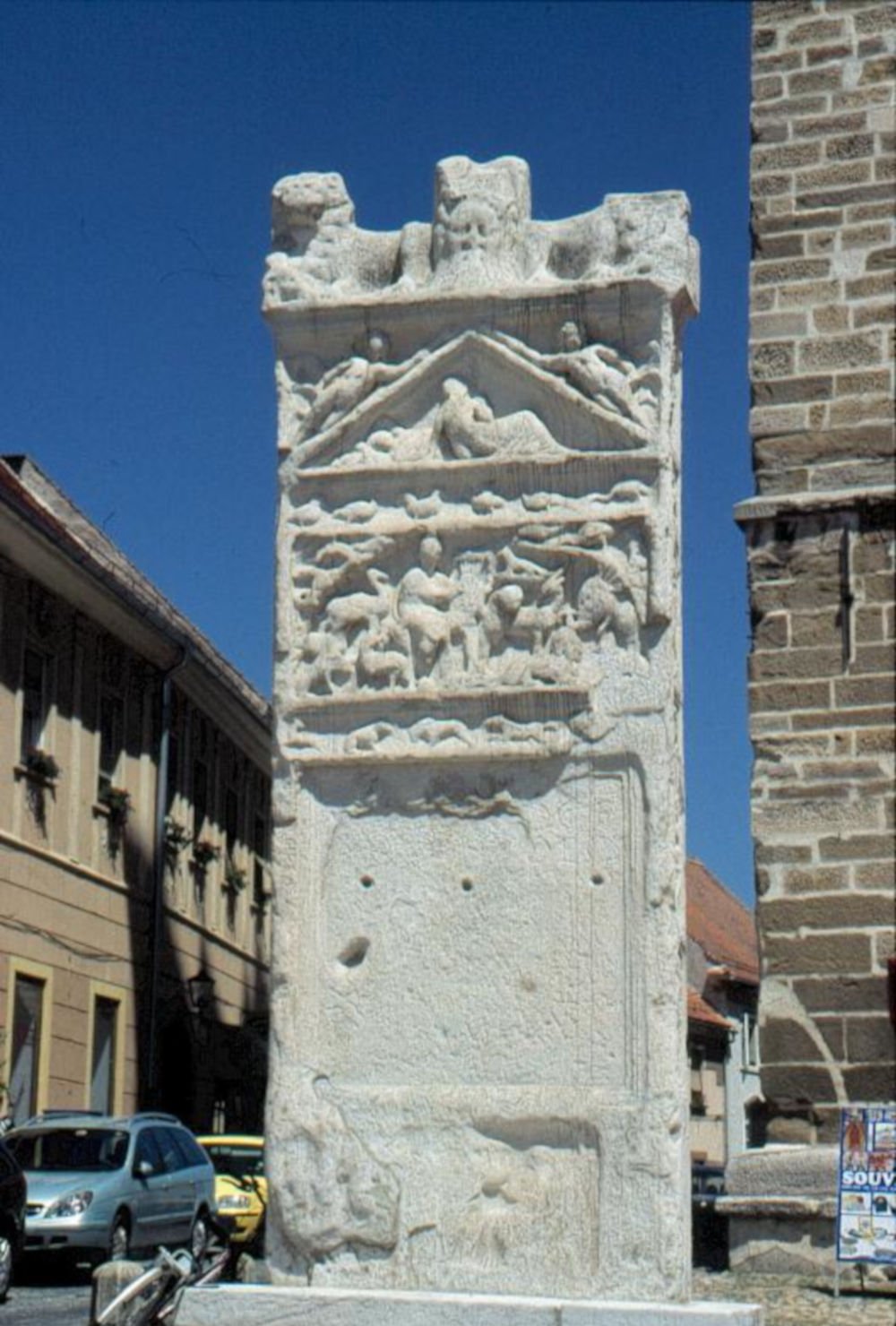 The Orpheus monument in Ptuj is located on Slovenski trg in the city of Ptuj, Slovenia. This marble tombstone was built in the 2nd century for the mayor Mark Valerius Verus in what was the then the Roman province of Upper Pannonia. It is 5 meters high and 1.8 meters wide.

The central relief depicts scenes from the myth of Orpheus playing the lyre of grief for the lost Eurydice. Other reliefs show the Egyptian - Greek god Serapis, who symbolizes the hope of rebirth. At the corners are lion cubs with ram heads in their paws. Below is a relief in a tympanum depicting the moon goddess Selena leaning over her late lover Endymion every night. She tries to wake him from eternal sleep by kissing his rays. The reliefs and inscription have since faded.

In 2008, the Slovenian government has passed a decree declaring the Orpheus monument in Ptuj a cultural monument of national importance.