Germany
The Krodo Statue in Bad Harzburg, dedicated to this god of Fertility, is located on the Großer Burgberg near Bad Harzburg.
Want to visit
Undo
0
Been here
Undo
0 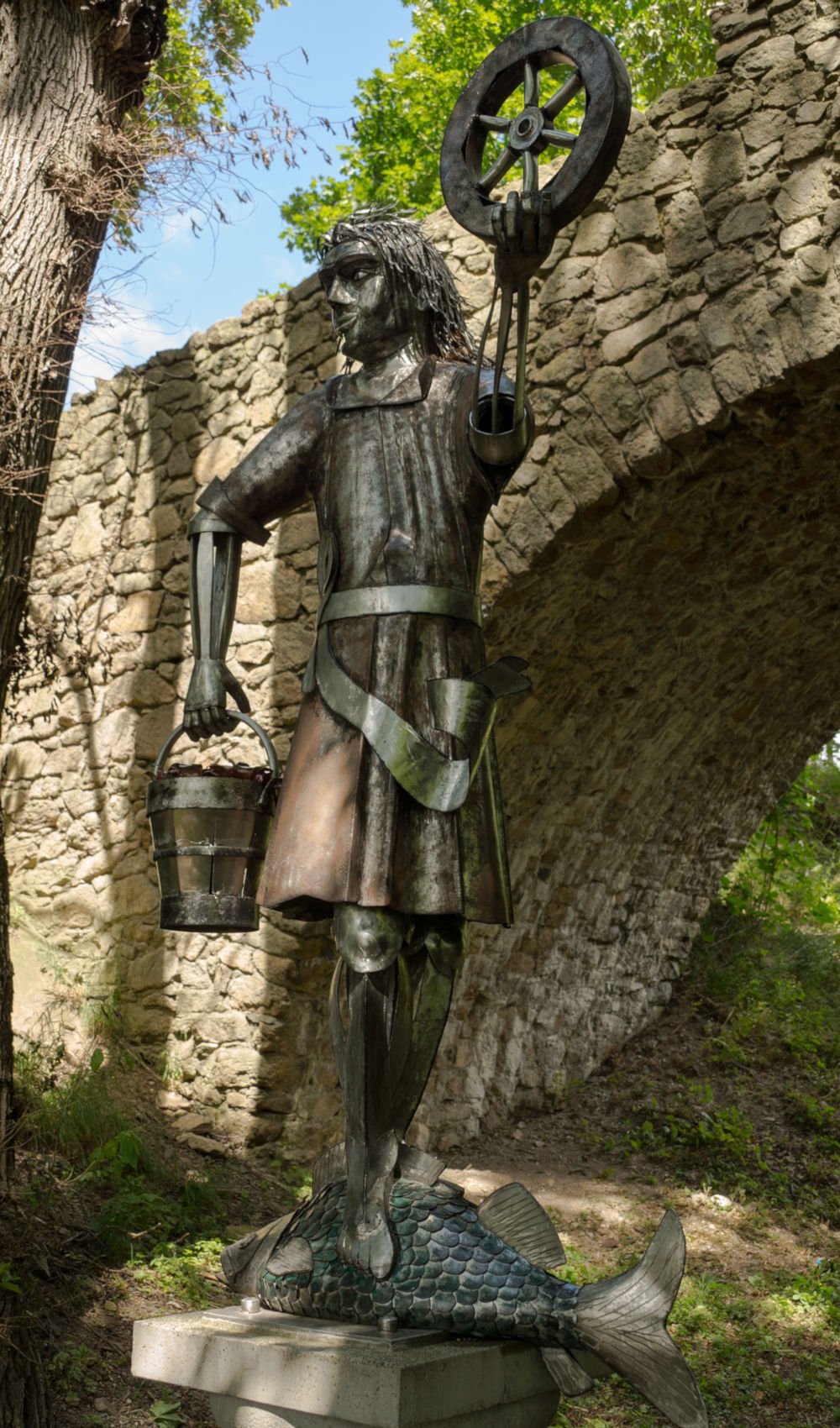 The stainless steel statue is based on a picture from the "Sachsenchronik" published in 1492. It is in this historical work that Krodo was first mentioned and described in detail. The author of the Sachsenchronik refers to older records, which have been lost since.

Krodo was known to the Saxons and the Frisians, and as a god of fertility, he can be compared to Saturn. Although both Saxons and Frisians worshipped Krodo, the origins of this god are not Germanic, but Slavic. Among the Slavs Krodo is known as Rod, the main deity of the Slavic pantheon.


The Krodo statue stands on a pillar and a fish that lies on this pillar. He is holding a wheel in one hand and a basket of flowers in the other. His clothing is visibly moved by the wind. There is considerable leeway for the interpretation of these signs. According to the classical tradition, these are predominantly symbols of freedom and fertility.

Today there is a slightly different, more modern explanation based on the four elements of antiquity. The wheel is supposed to represent fire (the sun), the bucket with the flowers the earth, the fish the water and the waving cloak the air. That sounds quite plausible, but whether the old Saxons once gave their Krodo this, a similar or even a completely different symbolism will remain shrouded in the fog of history forever.

Today's Krodo statue was created in 2007 by the artisan Volker Schubert and placed at this location on the initiative of the Förderverein Historischer Burgberg e.V. It replaces a Krodo figure, which is said to have stood on the Great Burgberg near Bad Harzburg during the time of the Saxons. This statue in honour of the god Krodo is said to have been destroyed by Charlemagne at the end of the 8th century in the course of Christianization.