Russia
The Neolithic megaliths on the Vera Island are located in the west of the Turgoyak Lake in the Urals, near Miass, in the Chelyabinsk Oblast in Russia.
Want to visit
Undo
1
Been here
Undo
0 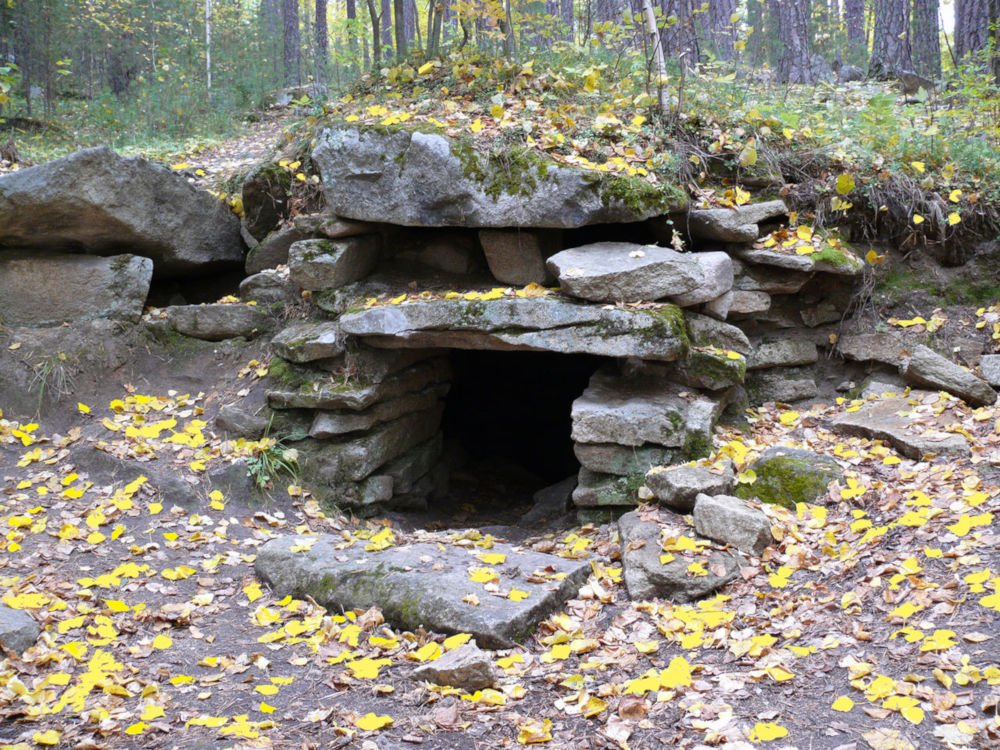 The Neolithic megaliths on the Vera Island (Russian Віри - Island of Faith) are located in the west of the Turgoyak Lake (Russian Тургояк) in the Urals, near Miass, in the Chelyabinsk Oblast in Russia. When the water level is low, the island is connected to the land by a dam.

The largest megalithic complex on the island is an approximately 19.0 × 6.0 m west-east oriented structure made of dry masonry, cut into the bedrock and covered with megalithic capstones. The interior consists of a long corridor, the central hall and two chambers (west and north) which are connected by a corridor. The height of the chambers is at least 1.9 m, often more than 2.0 m. The partially destroyed access is in the east. The size of the complex with hatches and sculptures of animal heads (bull and wolf) distinguishes it from the other megalithic complexes on the island.

The second-largest megalithic complex on the island is a north-south oriented stone structure that was integrated into a rocky slope. Their internal size is approximately 7.5 × 3.5 m. It consists of two 1.7 m high chambers that are connected by a corridor. The southern chamber and the corridor are made of slabs, the northern one of solid boulders. Inside there is a system of niches and shelves that were probably filled with ritual objects during use. The floor was covered with a layer of clay screed. A niche lies above the entrance to the south chamber, which faces west. Another megalithic structure consists of several large boulders (the weight of the largest is 14-15 tons). Between the blocks, there is an opening 25–30 cm wide in a square rock pit. Vertical stone slabs closed both sides of the construction. Solid boulders had been prepared as capstones. To the east, the complex has a gravel mound that has not yet been excavated.