Greece
The Mount Ochi Dragon House is located at an altitude of 1,386 meters on Mount Ochi, on the island of Euboea, Greece.
Want to visit
Undo
1
Been here
Undo
0 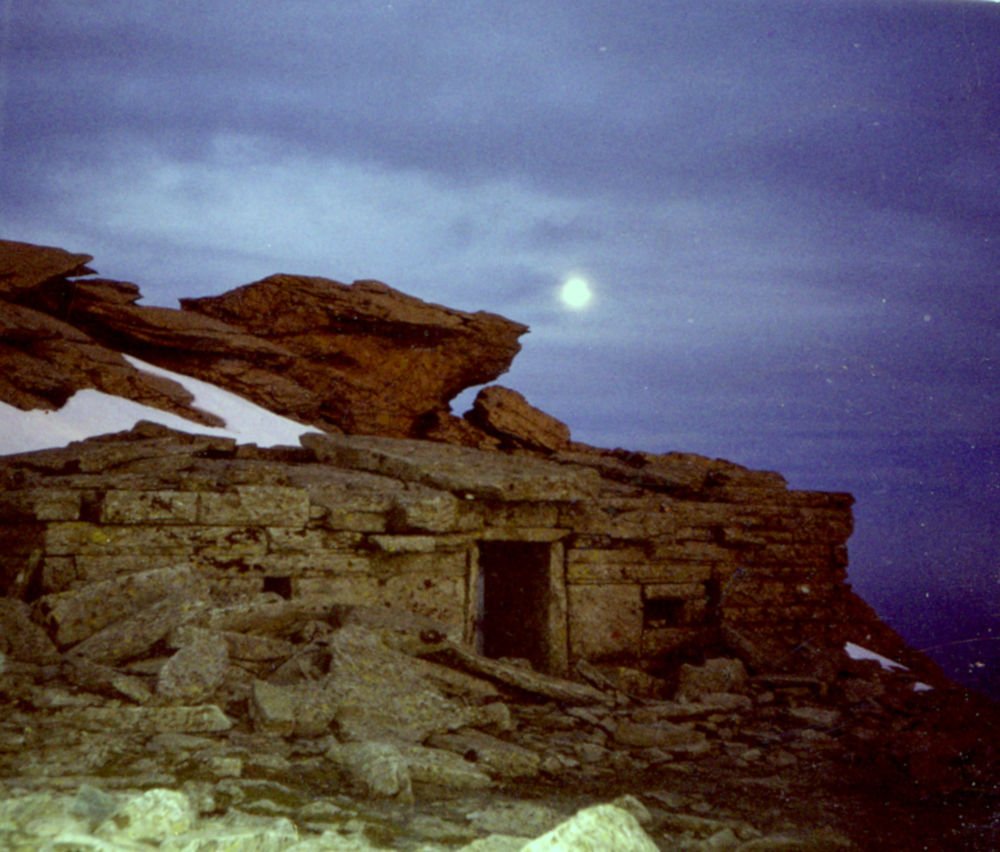 The Mount Ochi Dragon House is located at an altitude of 1,386 meters on Mount Ochi, on the island of Euboea, Greece, between two summit peaks on a small plateau, with a view to the east of the Strait of Kafirea and even on a clear day offers to Chios.

The rectangular building (external dimensions: 12.7 m × 7.7 m) is made of large cuboids and slabs of the long-layered mica-slate of the area and borders with its northern longitudinal front on the rugged rocks of the northern summit (1,398 m). The walls of the building were built from layers of stone of unequal height without mortar with predominantly vertical joint cuts. Stone blocks are carefully interlocked with slab masonry, with wall sections with polygonal masonry also being visible inside. The stone fronts are usually somewhat embossed and their edges smoothed. The north wall and the two side walls are windowless. The south wall has an entrance door in the middle (height: 2.1 m, width: 1.2 m) and a narrow window on both sides of the door (height: 0.85 m, width: 0.45 m). The walls are on average 1.4 m thick in order to be able to support the heavy roof. Their height in the interior is 2.4 m. The interior is approx. 48 square meters and was previously covered with floor tiles. The roof is built in the manner of a cantilever vault. From the edge of all four walls, rows of long stone slabs - slightly inclined to the outside by a wall crown made of stones of uniform thickness - are laid so that each layer protrudes a little further into the interior than the one previously laid.

The hipped roof resulting from four layers is relatively low and has no ridge, but a roof gap of 6.0 m × 0.5 m. Cover plates for the roof gap were also found, including two with a circular opening that apparently served as a chimney.

The entrance to the building is particularly elaborate. The two doorposts are monoliths, as are the two consecutive parts of the lintel. The roof stone above the door is a mighty stone block (length: 4.0 m, width: 2.0 m, height: 0.45 m), which protrudes slightly over the door as a canopy. Below it, a corbel of the first layer has been left out to relieve the lintel, so that the mighty stone block can be seen almost in full length in the roof at this point. This should make the room appear more impressive when you enter.


There are about 20 Dragon Houses on Euboea. Scientists have interpreted them as early forerunners of Greek temples, dairy huts, profane and cultic buildings, and a variety of other things.

Local legends attribute the construction and use of these enigmatic structures to "dragons", beings with superhuman powers.