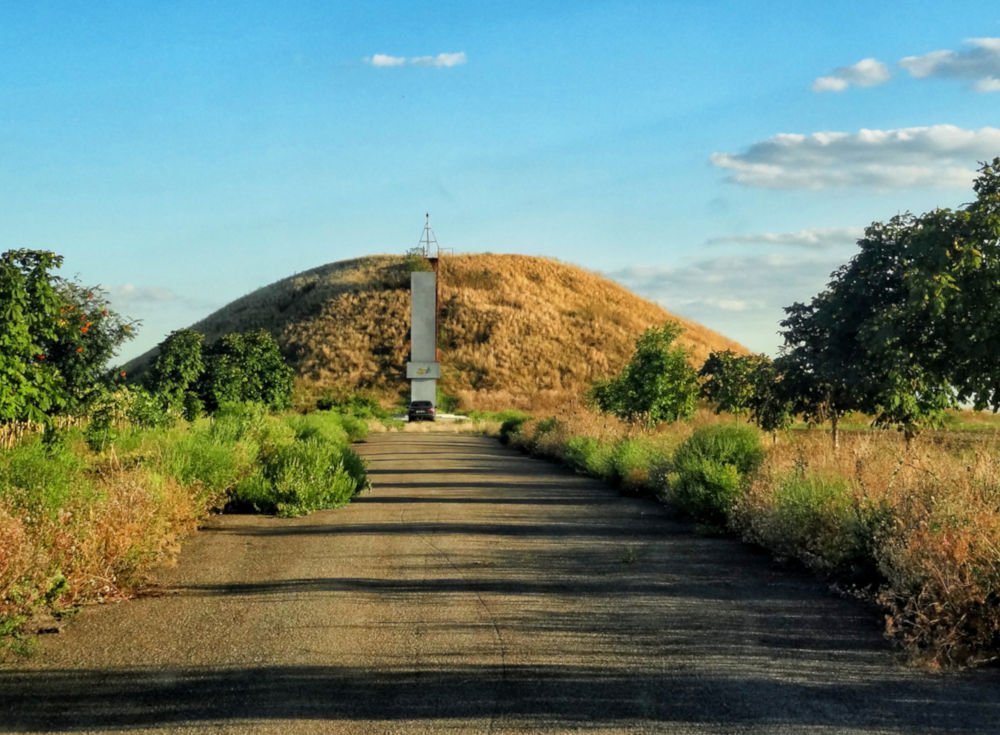 In the 1990s, the head of the archaeology and ancient history department of the Nikopol Museum of Local Lore, Vasily Shatunov, established that one of the members of the Nechaeva family had correspondence with the landlady Hegelina. Apparently, the Hegelians were neighbours of the Nechaevs, and the old hill used to be on the land that belonged to them. Hence one of its names - Hegel's tomb. The Nechaevs were able to purchase this land from the Hegelians before the second half of the 19th century, after which a later and more common name, Nechaeva Mohyla, was attached to the hill. Today it is the highest Scythian hill in the Eurasian steppe zone. Today its height is 15.1 m and at the beginning of the twentieth century it was 3-3.5 m higher.