Ireland
Queen Maeve's grave is located at the top of the mountain Knocknarea. On the mountain, there are several funerary monuments, including one very large burial mound, which is Queen Maeve's Grave, according to legend.
Want to visit
Undo
1
Been here
Undo
0 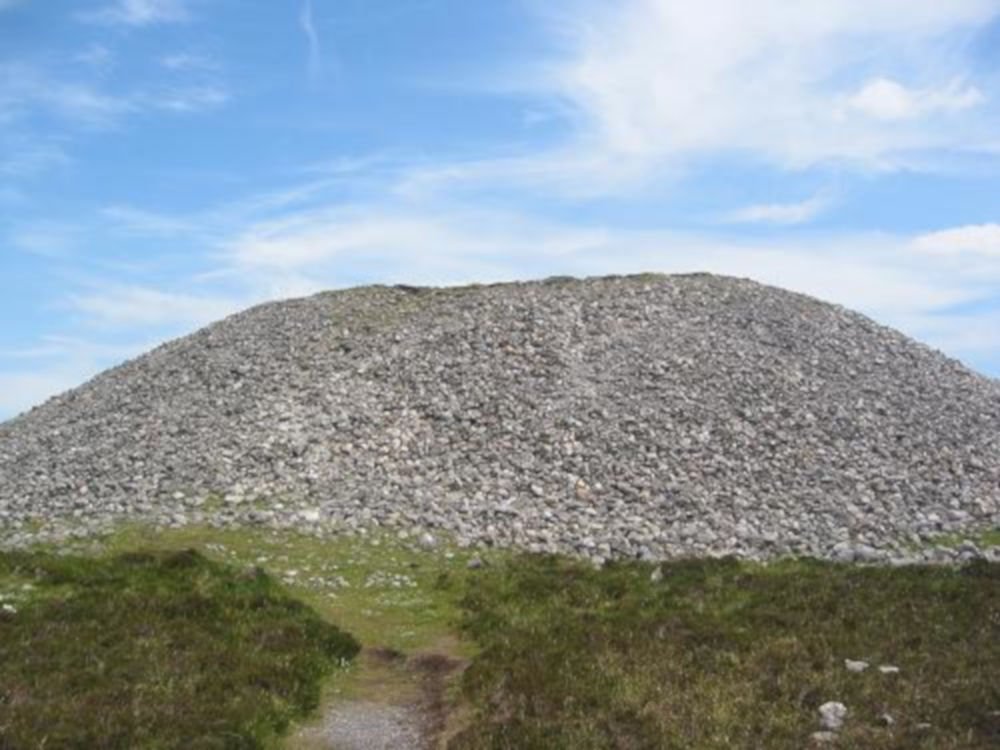 Queen Maeve's grave is located at the top of the mountain Knocknarea. On the mountain, there are several funerary monuments, including one very large burial mound, which is Queen Maeve's Grave, according to legend.


The large burial mound is approximately 55 m in diameter and 10 m high, making it the second-highest in Ireland after the Boyne Valley.

Queen Maeve of Connacht is said to have been buried in the burial mound, on horseback and in full costume, looking north to her enemies in Ulster. The burial mound (as one of the largest in Ireland) has never been excavated for research. It is unlikely that this Iron Age queen was actually buried there, as archaeologists say the burial mound was raised much earlier, namely in the Neolithic. However, there are also indications that such tombs were reused in the Bronze Age and Iron Age; there is, therefore, no certainty. Its shape and structure, which correspond to a number of other tombs in the region, including the largest monument in Carrowmore named Listoghil, Cairns Hill, etc., as well as the archaeological finds in the immediate vicinity, have led to the conclusion that it is a Neolithic passage grave.

The total weight of the stones is estimated at 40,000 tons. Archaeologist Stefan Bergh suggests in his PhD thesis Landscape of the Monuments (Stockholm, 1995) that the stones come from the west side of the burial mound; the great depression there would have served as a quarry.

Tradition has it that people who climb the mountain take a stone up and add it to the burial mound.