France
The reconstructed Vosegus temple on the summit of Donon mountain France was built in neoclassical style during the reign of Napoleon III.
Want to visit
Undo
0
Been here
Undo
0 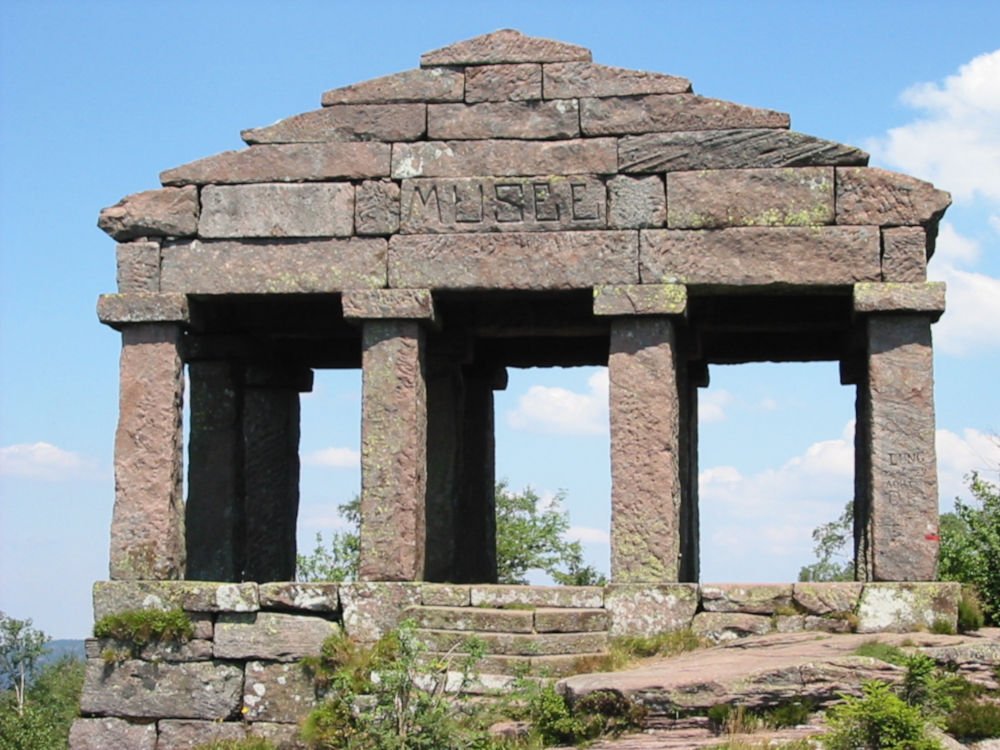 The reconstructed Vosegus temple on the summit of Donon mountain France was built in neoclassical style during the reign of Napoleon III.

On the Plateau des Donon there are remains of Celtic and Roman cults, which were dedicated to the god after whom the Vogesen mountain chain is possibly named. The original archaeological finds are kept in museums in Épinal and Strasbourg. With the Christianization of the country, the mountain lost its cultic significance.

Vosegus, also Vosagus, Vosacius, to whom the temple is dedicated, is a Celtic god who is the namesake of the Vosges and the Wasgau, and is thus a mountain deity. On a depiction without an inscription, found in Reichshoffen near Strasbourg, which is possibly supposed to represent Vosegus, he appears in a heavy coat (sagum), with a bow, arrow and shield, and accompanied by a dog. This could also indicate a hunting deity.