Sanctuary of Minerva in Breno (BS)

Italy
The remains of a Roman sanctuary fro the first century CE dedicated to the goddes Minerva.
Want to visit
Undo
0
Been here
Undo
1 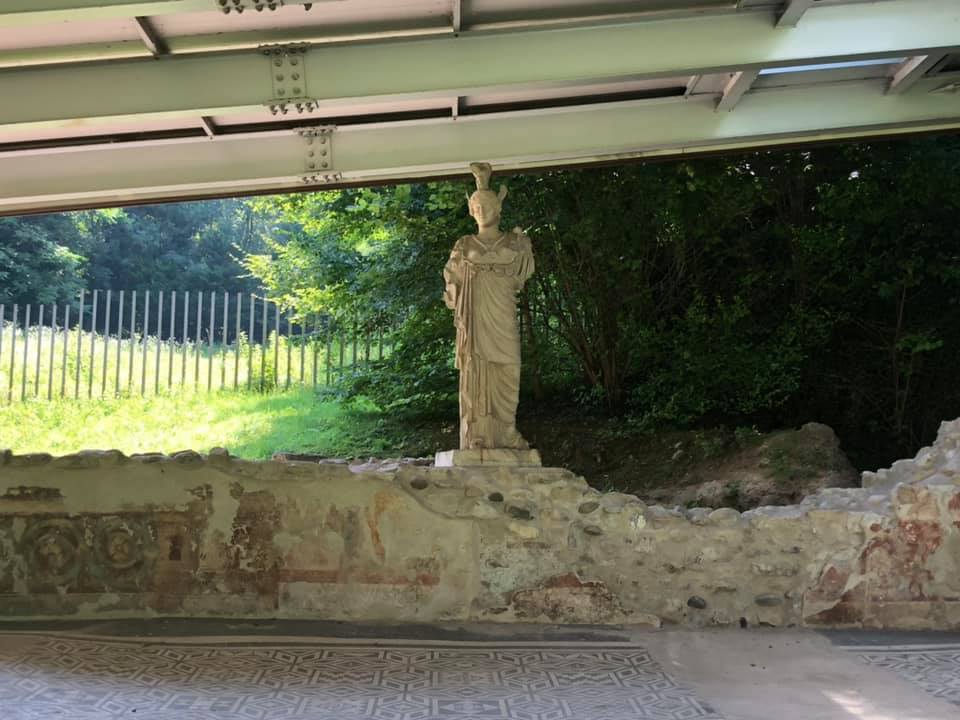 The temple was built in the first century CE on a formerly Iron age sanctuary between the banks of the river Oglio and the rocky slope of a mountain. In the ancient times from the rock flowed a spring, now dried.

The structure consisted of a row of seven rooms assigned to the rock and the sides by two wings that porticoed heading for the river delimiting the courtyard of the temple. In the central cell there was the statue of Minerva and in the room at the extreme right a tub gathered the water spilling from the rock.

Into the fifth century, during the persecution of pagans, the sanctuary was destroyed by a violent fire, and the statue of Minerva was beheaded with force. The archeologial excavations rediscovered the Iron age altar, the podium, some frescoed wall, the mosaic pavements and the headless statue of the goddes, now displayed in the Archaeological museum of Cividate Camuno, together other object found in the site.