Russia
The sanctuary on Vaygach Island is a sacred site for the Nenets people living in the far North. The Scandinavian poets (skalds) sang about the islands of Vaigach and Yugoria, naming it Jotunheim.
Want to visit
Undo
0
Been here
Undo
0 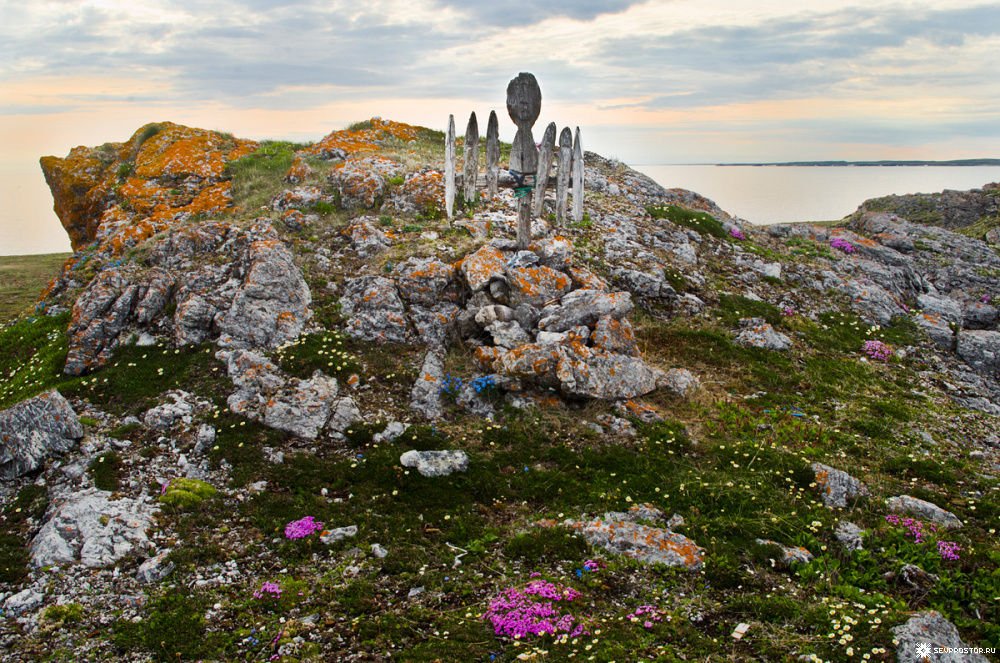 The sanctuary on Vaygach Island was a sacred site for the Nenets people living in the European North for over a thousand years.

The Scandinavian poets (skalds) sang about the islands of Vaigach and Yugoria, naming it Jotunheim. They considered these islands inhabited by magicians and wizards.

The English navigator Burro, who visited the island of Vaygach in 1556, saw four hundred and twenty idols grouped around a large Vesako idol with seven faces on the northern tip of the island. There were also 4 stone and 356 wooden idols on the spur of the mainland opposite the idols of Bolvanov.

For centuries, until Soviet times, the island of Vaygach was uninhabited. Almost all of the main shrines of the Nenets people were located here. Vaygach was a kind of Mecca for the Samoyeds (as the Nenets used to be called). On the island, for which one had to cross the dangerous strait of Yugorsky Shar, people came at least once in their lives, to pray to the gods and make sacrifices.