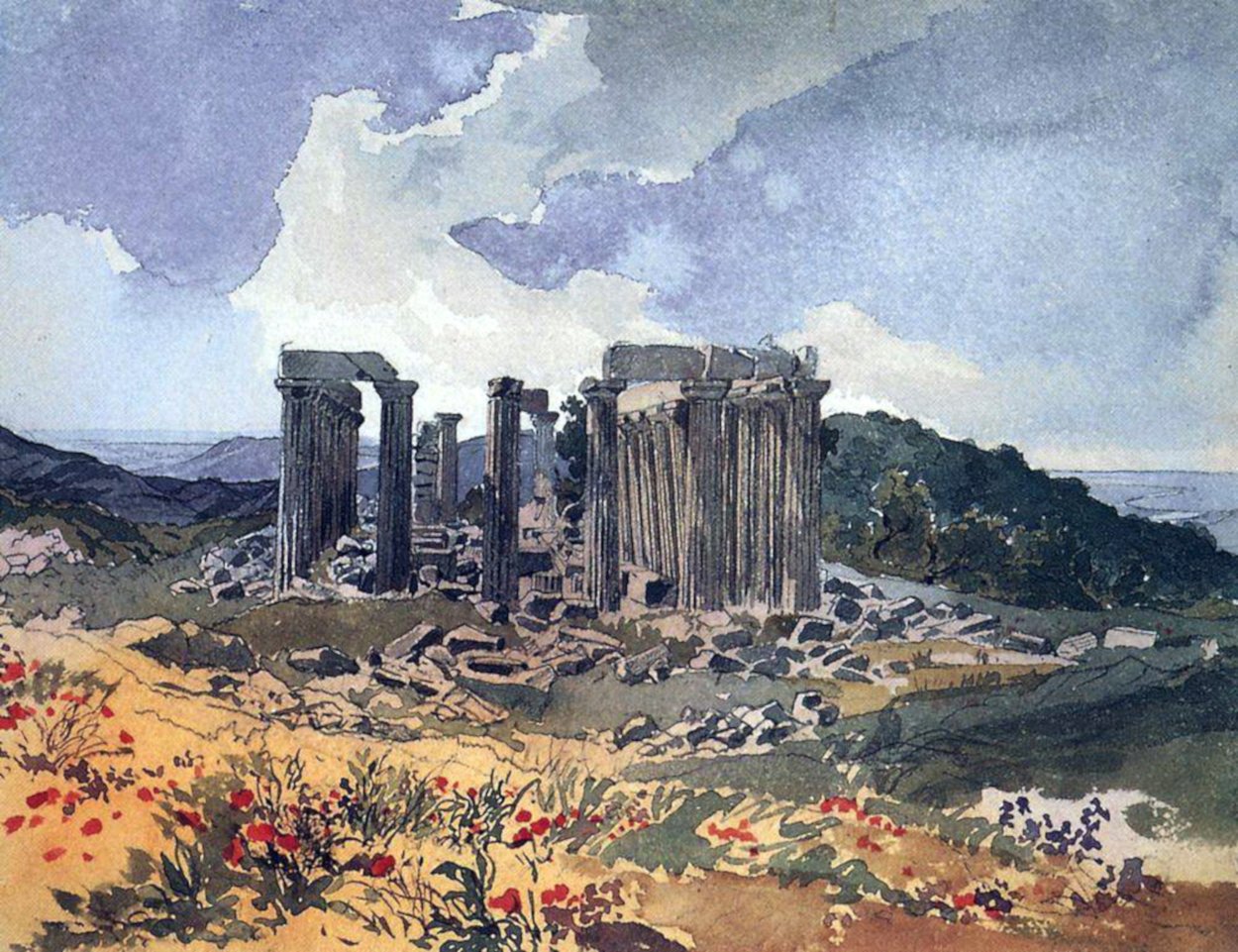 The Temple of Apollo Epicourios in Bassae (Latin: Bassae; Greek: Βάσσαι, Bassai, meaning "small mountain valley") is a cultural and archaeological monument in Greece that is part of the world's cultural heritage of Bassae. It is located in Ikhalía in Greece's southwestern part of the Peloponnese. Bassae is located near the village of Skliros, northeast of Figaleia, south of Andritsaina and west of Megalopolis.

This site is important for being the location of the relatively well-preserved Temple of Apollo Epikourios, constructed sometime in the mid-400s BCE. It was the first Greek site to be designated and listed in the UNESCO World Heritage Site in 1986. The well-preserved temple is dated from the middle to late 400s BCE. It is located in the northeastern part of Elis in Greece. In classical antiquity, the place was part of Arcadia. Although the temple was geographically distant from the significant units of ancient Greece, it is one of the most studied Greek temples due to its diversity of unusual architectural features.

The temple is dedicated to Apollo Epikourios ("Apollo the Helper"). It was designed by Iktinos, an architect in Athens for Hephaestion and the Parthenon. The Greek geographer and author Pausanias from the 100s CE praised the temple by surpassing all others, except the temple of Athena in Tegea, for the beauty of the stone and the harmony of the construction. The temple is located at an altitude of 1131 meters above sea level on the slope of Mount Kotylion.


The temple is located in the north-south direction, unlike most Greek temples which are located in the east-west direction. Its main entrance is from the north. It was necessary due to the limited space available on the steep mountain slope. To overcome this limitation, a door was placed on the side of the temple, perhaps to let in light for the god's statue.