Temple of Apollo in Pompeii

Italy
The Temple of Apollo in Pompeii is a Roman temple built in 120 BCE and dedicated to the Greek and Roman god Apollo in the ancient Roman city of Pompeii, southern Italy.
Want to visit
Undo
0
Been here
Undo
0 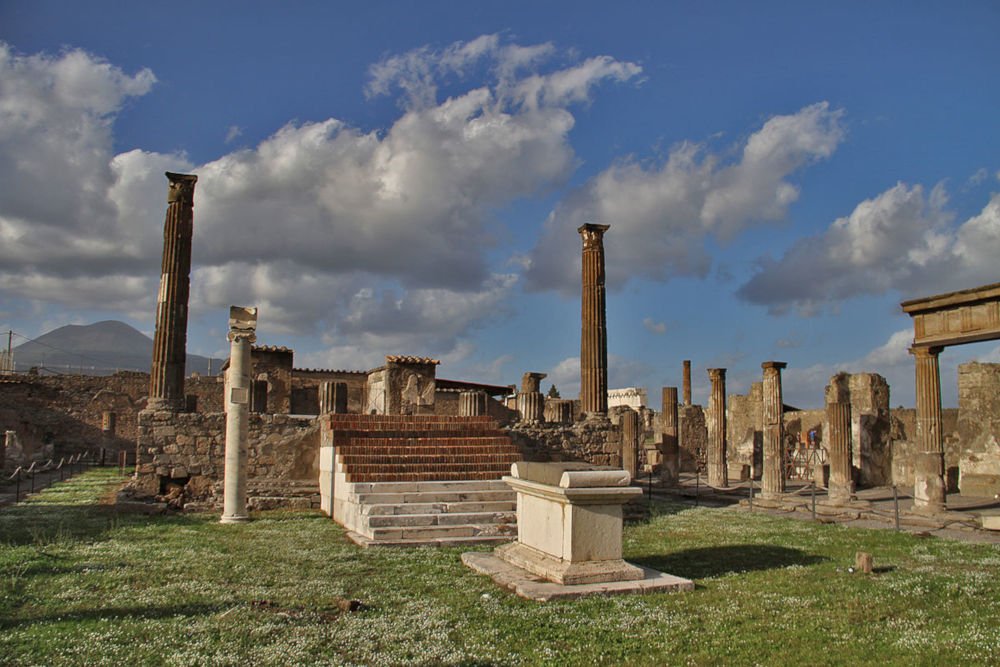 The Temple of Apollo in Pompeii is a Roman temple built in 120 BCE and dedicated to the Greek and Roman god Apollo in the ancient Roman city of Pompeii, southern Italy.

Its primitive nucleus is from the Samnitic period, it appeared in the 6th century BCE or before. Located in the forum (market) and facing the north side of the city, it is the most important religious building in the city and has a very old state of origin.

The cult of Apollo, imported from Greece, was widespread in Campania and (from excavations in the vicinity of the temple) is attested in Pompeii since the 6th century BCE.

The sanctuary gained its current appearance in a 2nd century BCE reconstruction and another reconstruction to repair damage from the earthquake in 62 CE. The temple, in the centre of a sacred precinct, was surrounded on all four sides by a wide series of tuft Nocera columns, originally grooved and with Ionian capitals, which were being replaced with stucco columns and Corinthian capitals painted in yellow, red and dark blue. The elegant Doric architrave of metopes and triglyphs resting on the columns was transformed into a continuous frieze with griffins, garlands and foliage.