Temple of Apollo in Syracuse 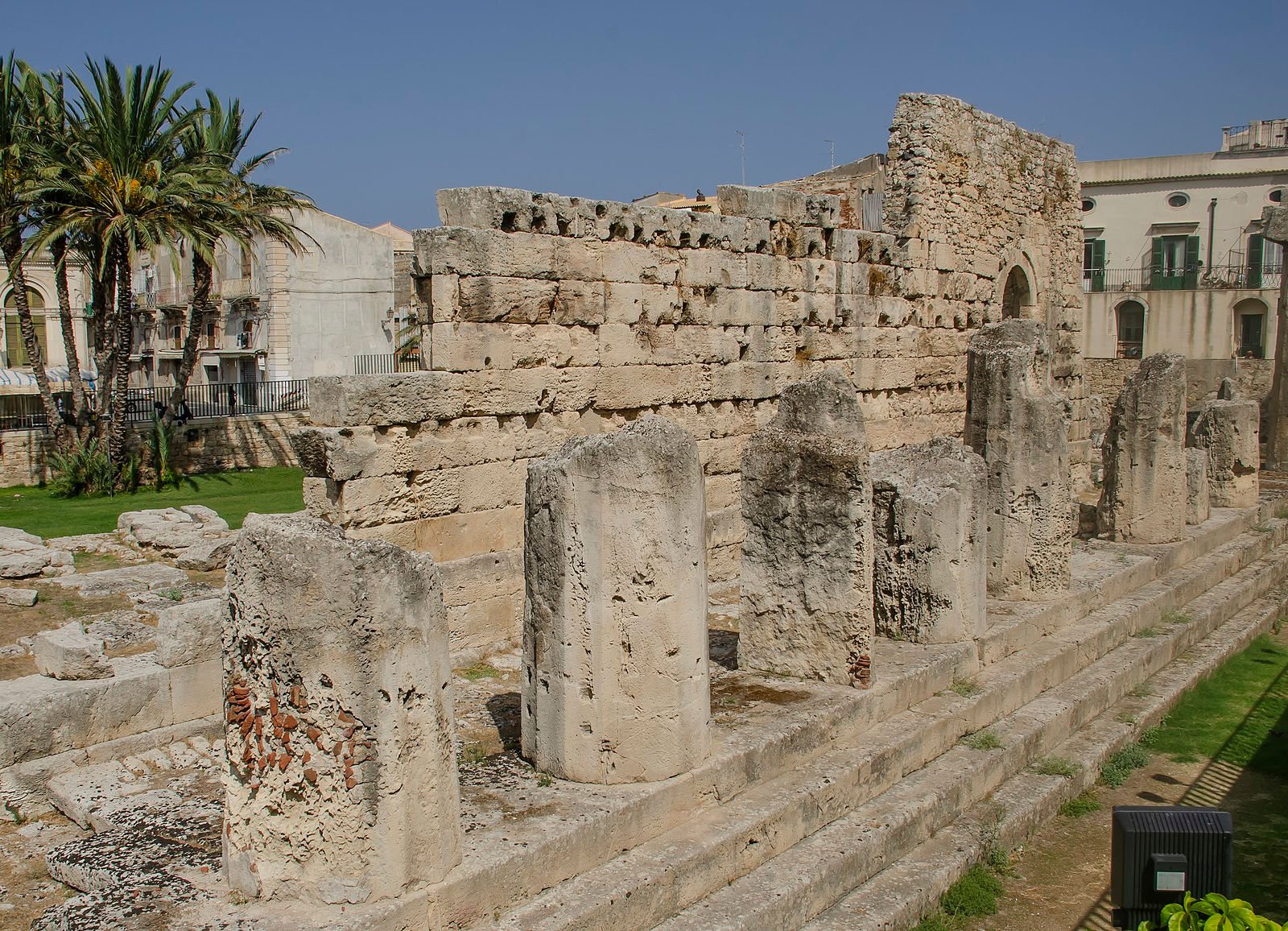 The temple was built in the 6th century BCE and is the oldest known larger Greek temple in Sicily. It is one of the first large Doric peripteral temples (ring hall temples) in Magna Graecia and was built around the same time as the temple of Corfu. Modifications to the steps of the entrance and an incision for a baptismal font indicate that the temple was converted into a Christian church in Byzantine times. The Arabs then converted the church into a mosque. The Christian population rebuilt the mosque into the basilica SS. Salvatore. The church fell into disrepair, the ogival entrance remained. The remains of the church and the temple were included in the construction of a barracks. The temple was discovered in 1860. From 1939 to 1942 the temple was excavated.