Greece
The temple of Artemis Brauronia is located in the ancient Greek city of Brauronia.
Want to visit
Undo
0
Been here
Undo
0 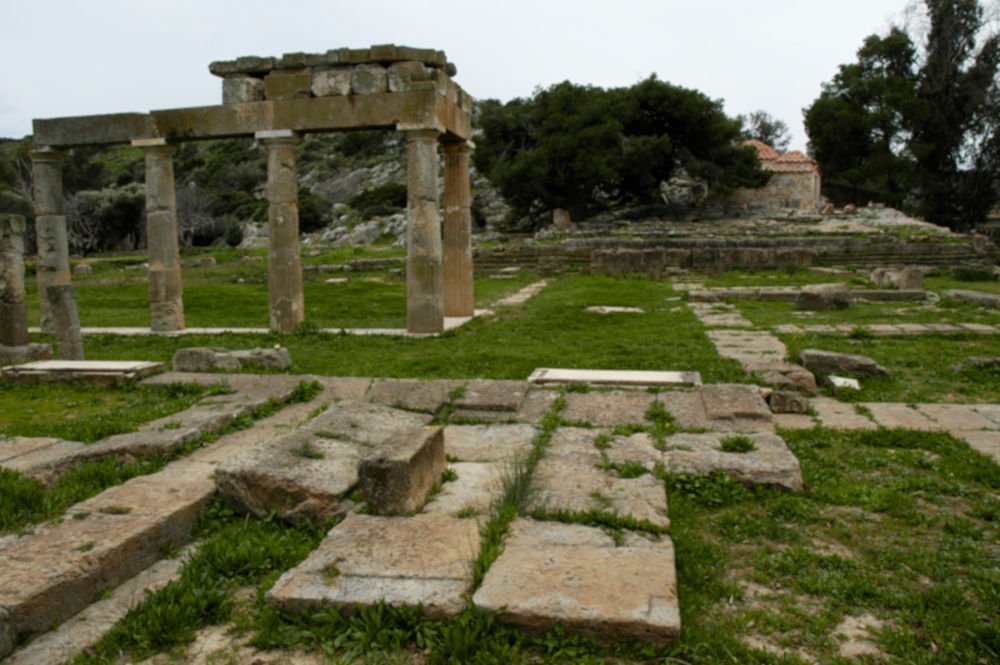 Most of the buildings that stood in the shrine of Brauronia are known from an inscription - a resolution dating back to the mid-3rd century BCE. The inscription for the renovation of buildings mentions buildings: the temple, the Parthenon, houses, the amphipolion and the upper room above, the gymnasium, the palestra and the stable. These buildings, with the exception of the Temple of Artemis and the Parthenon, which was probably a large grandstand to the north of the temple, have not yet been recovered due to the halt of the excavations. Among the buildings of the sanctuary are also a small temenos, the tomb of Iphigenia and a holy house.

The Temple of Artemis, measuring 19.20 x 10.35 meters, is located in the northwestern part of the acropolis, on a high L-shaped rock made of tuff. Today, the chapel of St. George stands on the site of the old temple from the time of Pisistratus (6th century BCE). The new Doric temple of Artemis was built after 480 BCE after the sanctuary was destroyed by the Persians.

An altar with many offerings (vows) was found east of the temple, and a large hill was discovered north of the temple of Artemis, on which an altar, shells, ostracons and idols from the 7th-5th centuries BCE were found.

At the end of the 5th century BCE (circa 420 BCE), the shrine of Artemis was greatly expanded by the construction of a large U-shaped grandstand that surrounded the shrine from the west, north and east, creating the shrine's central courtyard. North of the stand, parallel to it, was another stand with propylae in the east and west.