Temple of Athena in Paestum (SA)

Italy
A Doric temple dedicated to the goddess Athena in the ancient city of Paestum.
Want to visit
Undo
0
Been here
Undo
0 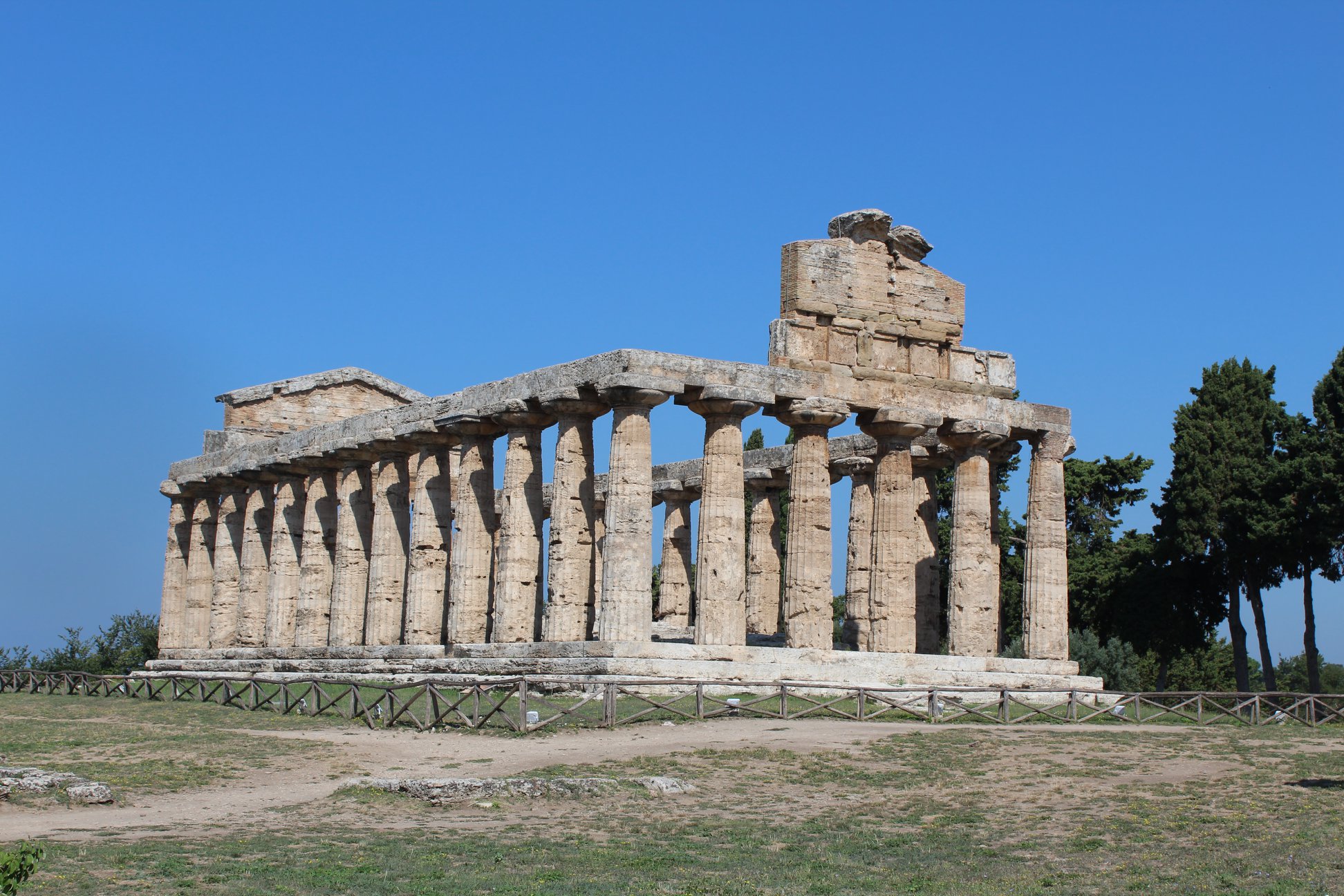 The temple was built around 500 BCE when Paestum (at that time Poseidonia) was a Greek settlement. It was built on an artificial relief of the ground, on the ashes of an ancient sacntuary, and its structure is simpler than the other two temples of Paestum: it has a high pediment on the facade and doric columns holding a frieze adorned with metopes encased in sandstone. The interior of the wide pronaos contained six columns in the Ionic style (four frontal and two on each side), of which only the bases and two capitals remains. Almost nothing remains of the cella which displayed the statue of Athena.