Temple of Hera at Olympia

Greece
The Temple of Hera, also known as Heraion, is an ancient Doric temple located in Olympia, Greece.
Want to visit
Undo
0
Been here
Undo
1 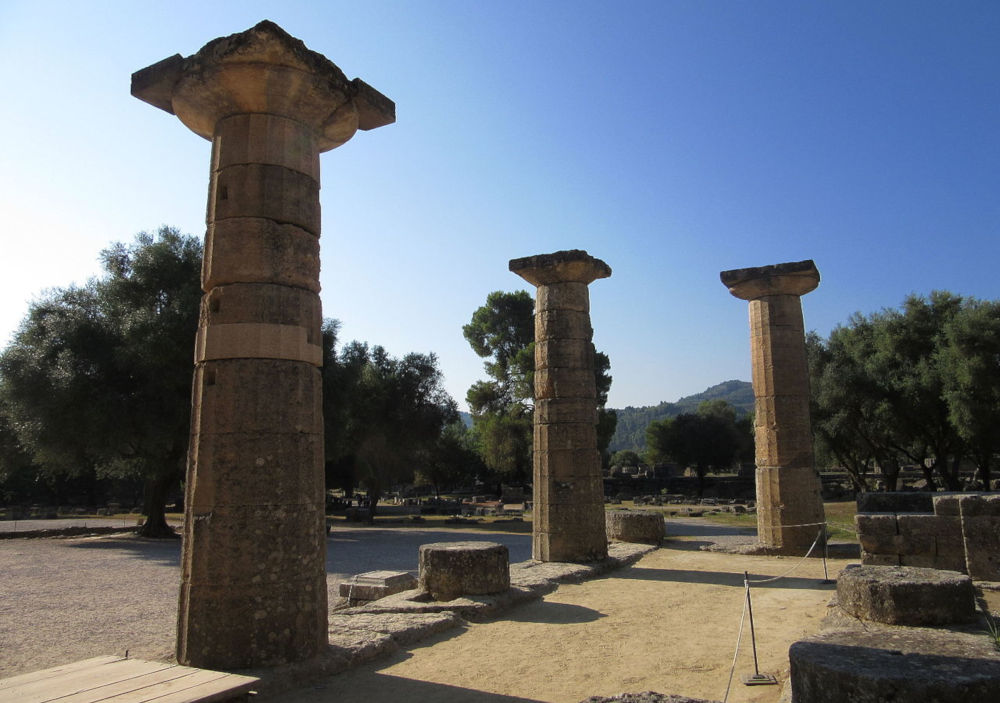 The Temple of Hera, also known as Heraion, was an ancient Doric Greek temple located in Olympia, Greece. The temple was destroyed by an earthquake in the 4th century CE, and was never rebuilt. In modern times, the temple is the place where the torch of the Olympic flame is lit by focusing the sun's rays.

The temple was dedicated to Hera, the wife of Zeus, one of the most important female deities in the ancient Hellenic religion.

Located in the north of the Altis, the sacred area, the Heraion at Olympia is the site's oldest peripteral temple (completely surrounded by free-standing columns) and one of the earliest Doric temples in Greece. There may have been an older cult site in the same spot. The temple was built around 590 BCE, probably commissioned by the Triphylian polis Skillous. It has been suggested that this devotion by a nearby city was originally in honour of the main deity in Olympia: Zeus. In that case, the temple would have been dedicated to Hera at a later date, possibly after 580 BCE, when control of Olympia had passed from Triphylia to Elis, or in the 5th century BCE, when the famous Temple of Zeus was built.