Temple of Minerva in Assisi (PG)

Italy
A temple dating back to the 1th century BCE in the city of Assisi, Central Italy, that has been turned into a Christian church.
Want to visit
Undo
0
Been here
Undo
0 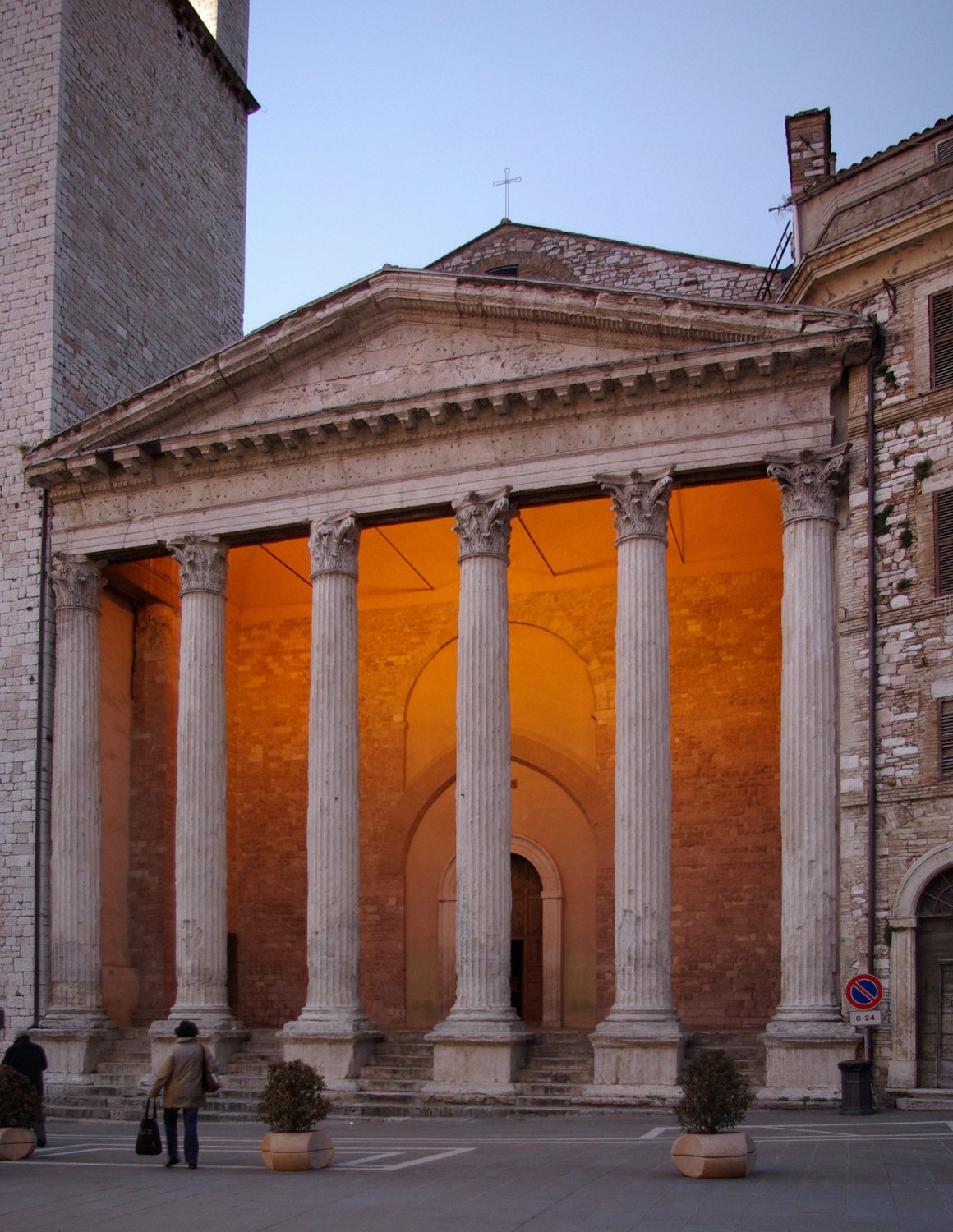 The temple was built in the 40-30 BCE, on a podium overlooking the forum of the city. Altought the traditional nomination refers to Minerva, the temple was probably dedicated to Hercules, as attested by ancient sources and on a carved stone founded in the area and dedicated to this god .

in the Middle Age the temple was turned into a Christian church (Santa Maria Sopra Minerva), and later became a seat of housing and shops, the city hall and a prison. In 1539 it finally returned to its earlier religious destination.

The facade with tympanum and corinthian columns and the frontal wall are the original ones, while the walls of the cell was demolished during the restructuring of the church in the 16th century CE.