Temple of Poseidon at Cape Sounion

Greece
The ancient Greek Temple of Poseidon at Cape Sounion, built between 444–440 BCE, is one of the main monuments of the Golden Age of Athens.
Want to visit
Undo
2
Been here
Undo
0 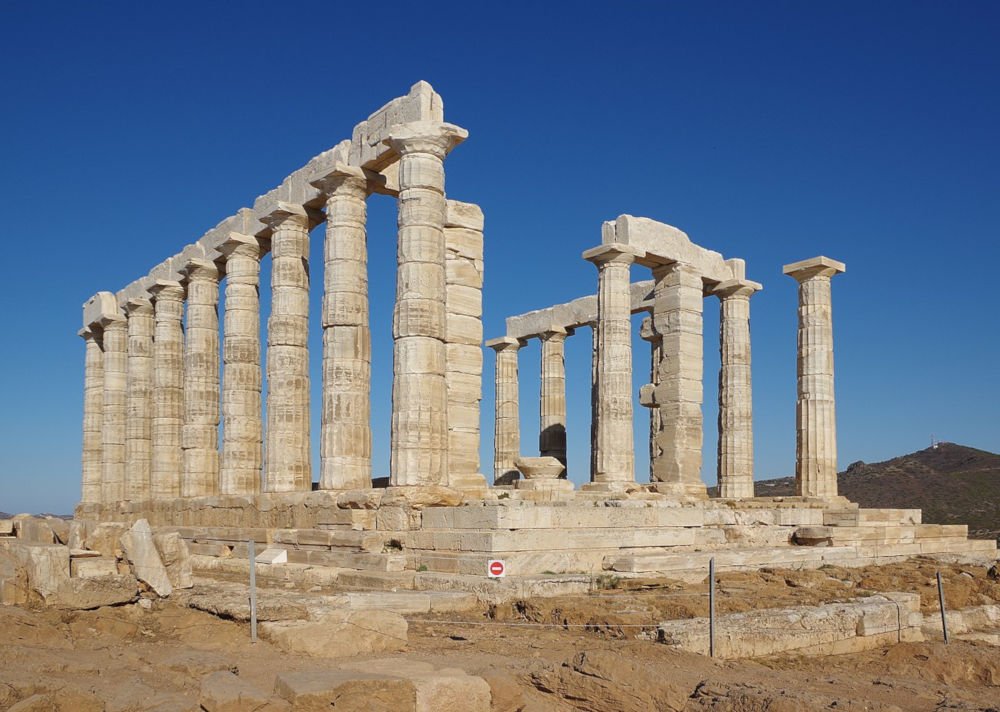 The ancient Greek Temple of Poseidon at Cape Sounion, built between 444–440 BCE, is one of the main monuments of the Golden Age of Athens. It rises above the sea at a height of almost 60 meters.

The original Archaic Temple of Poseidon, which was built of tuff, was probably destroyed in 480 BCE by Persian troops during the invasion of Greece by Xerxes I. Although there is no direct evidence Xerxes certainly conquered the temple of Athena and everything else on the Acropolis of Athens, razing it as punishment for the defiance of the Athenians. Afterwards, after defeating Xerxes at the naval battle of Salamis, the Athenians placed an enemy trireme (warship with three rows of oars) in Sounion as a trophy dedicated to Poseidon.

The Temple of Poseidon at Sounion was built in 444–440 BCE. This was during the rise of the Athenian statesman Pericles, who also rebuilt the Parthenon in Athens. It was built on the ruins of a temple dating from the Archaic period.