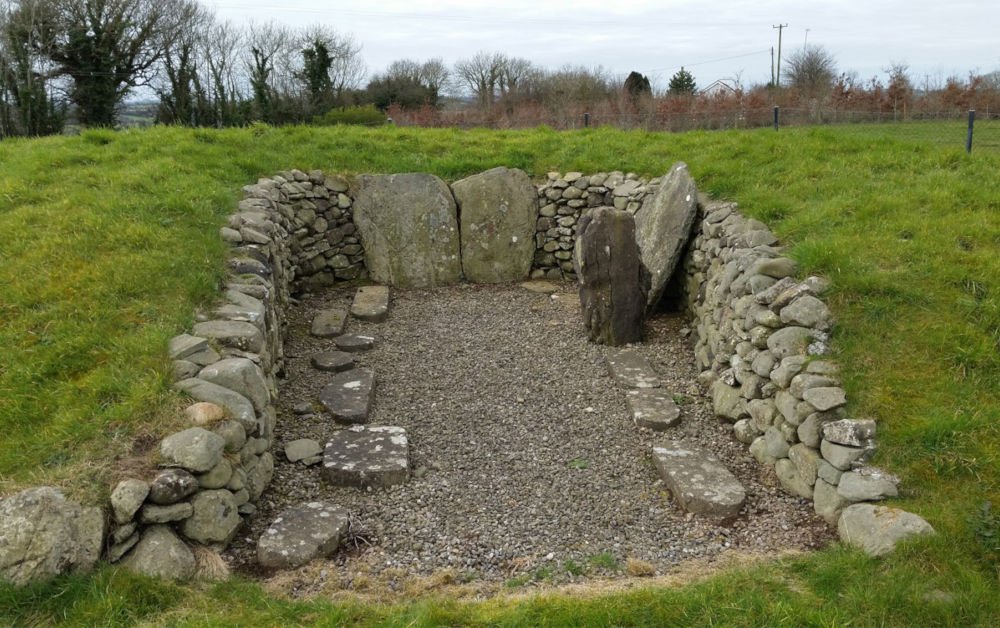 The Townleyhall Passage Tomb (Irish Halla an Toinlígh), also called Littlegrange, is part of the megalithic complex of Brú na Bóinne, the southernmost megalithic complex in County Louth in Ireland, on the N51 (road) west of Drogheda just north of the Dowth Plant in County Meath.

The Townleyhall Passage Tomb was built around 3000 BCE, and was originally the site of a Neolithic settlement. Its construction is not comparable to that of its neighbours in the Boyne Valley (Dowth, Knowth and Newgrange), some of which have "cruciform" chambers. It consists of a single, undivided rectangular room that is accessed through a short corridor. Only a few orthostats survived. The grave looks like something in between passage and wedge tomb.

Townleyhall was excavated by George Eogan in the early 1960s as the first of the Boyne Valley facilities. He found cremation graves and Carrowkeel ware here, the first evidence that Ireland's Passage Tombs were Neolithic. The facility was prepared for viewing with dry retaining walls. Other facilities were subsequently excavated in the area, the methods being considered crude by today's standards.