Russia
The Uastirdzhi Monument is a huge majestic monument located in the Alagir Gorge in Southern Russia, near the border of the territory of North Ossetia.
Want to visit
Undo
0
Been here
Undo
0 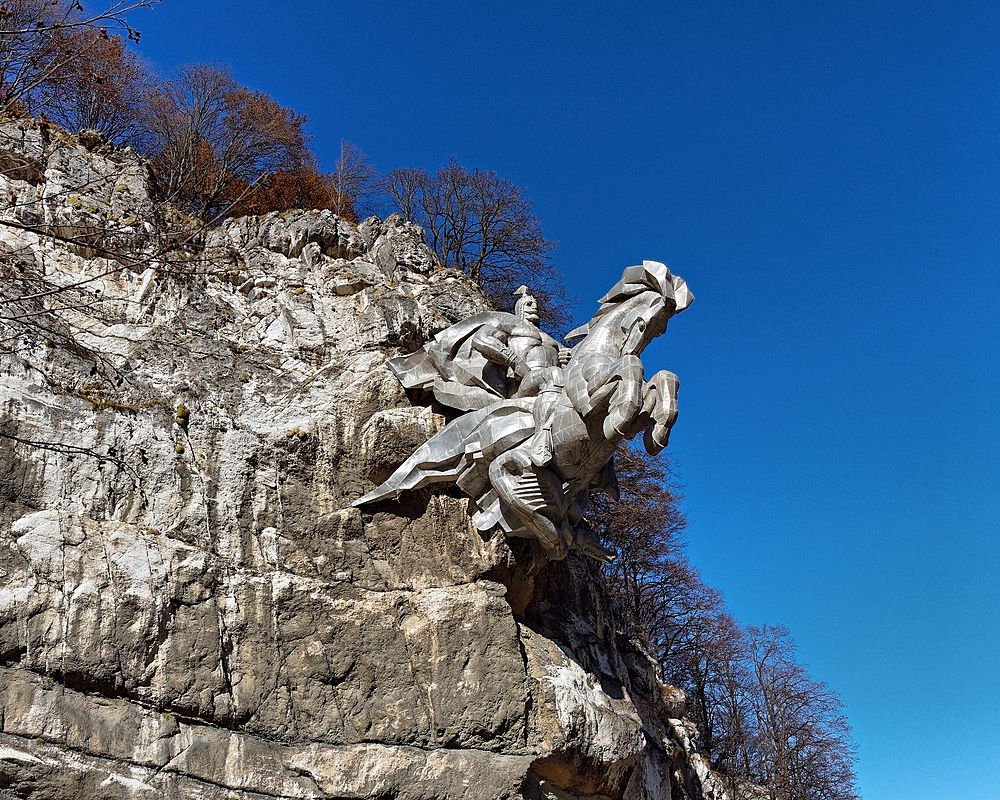 The Uastirdzhi Monument (Russian: Святилище Уастырджи) is a huge majestic monument located in the Alagir Gorge in Southern Russia, near the border of the territory of North Ossetia.

The image of Uastyrdzhi emerged from the Nart epic, a vivid example of Ossetian mythology. Since ancient times, this deity has been considered the patron saint of wanderers and travellers, especially warlike men. Uastyrdzhi is seen by Scythian neopagans as the archetype of perfected man. Women have no right to pronounce the name Uastyrdzhi, they should call him Lagty Dzuar, which literally means 'patron of men'. Every year in Ossetia a wonderful celebration is held in honour of Uastyrdzhi.

The monument of Uastirdzhi was erected in 1995 according to the design of N.V. Khodov and has a weight of 28 tons. It is customary among the Ossetians to offer the first toast to the Almighty God, and the second to Uastirdzhi.