Austria
The Waldviertel pyramid is located in the Lower Austrian Waldviertel on the Ober-Neustifter Steinberg.
Want to visit
Undo
0
Been here
Undo
1 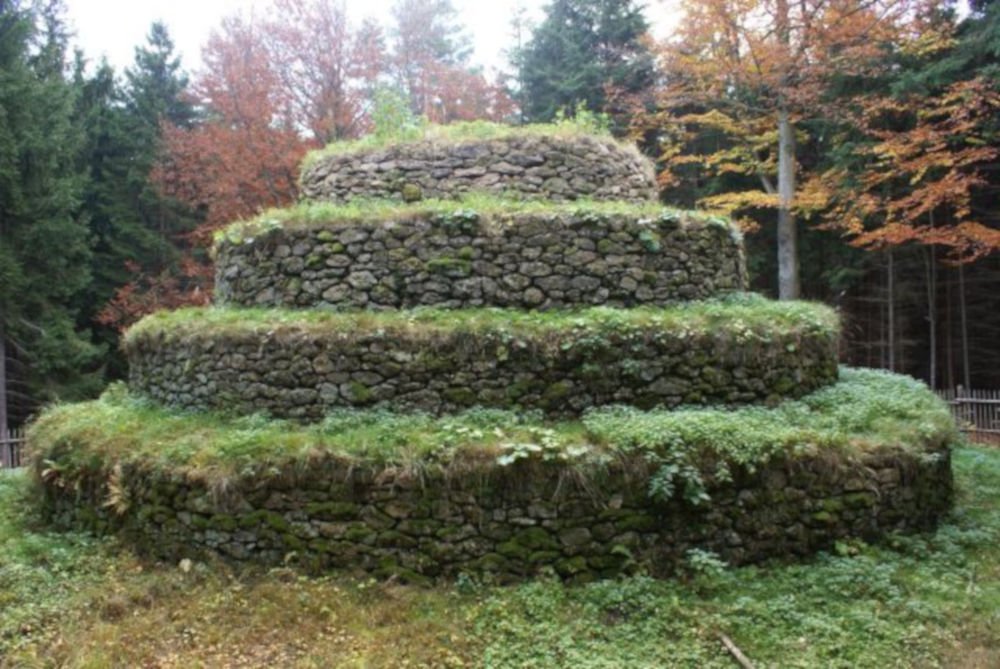 The Waldviertel pyramid is located in the Lower Austrian Waldviertel on the Ober-Neustifter Steinberg. The stepped cone, popularly known as the stone pyramid, is the only known structure of this type in Central Europe.

The complex of unknown age consists of four approximately circular levels and has a diameter of 16 , 5 meters a height of 6.8 meters. It was placed under protection by the Federal Monuments Office in 2000.

The Waldviertel pyramid has been interpreted as a Germanic place of worship, but as this region has not seen prehistoric or early historical settlement, this seems unlikely. The original use of the site is still unclear. It is likely that it was built before the 19th century in connection with the Masonic lodge founded by Leopold Christoph von Schallenberg in 1747 in Rosenau Castle. The masonry is made up of boulders loosely stacked on top of each other. Due to the unstable stone stratification, a climbing aid in the form of a wooden construction must have existed.