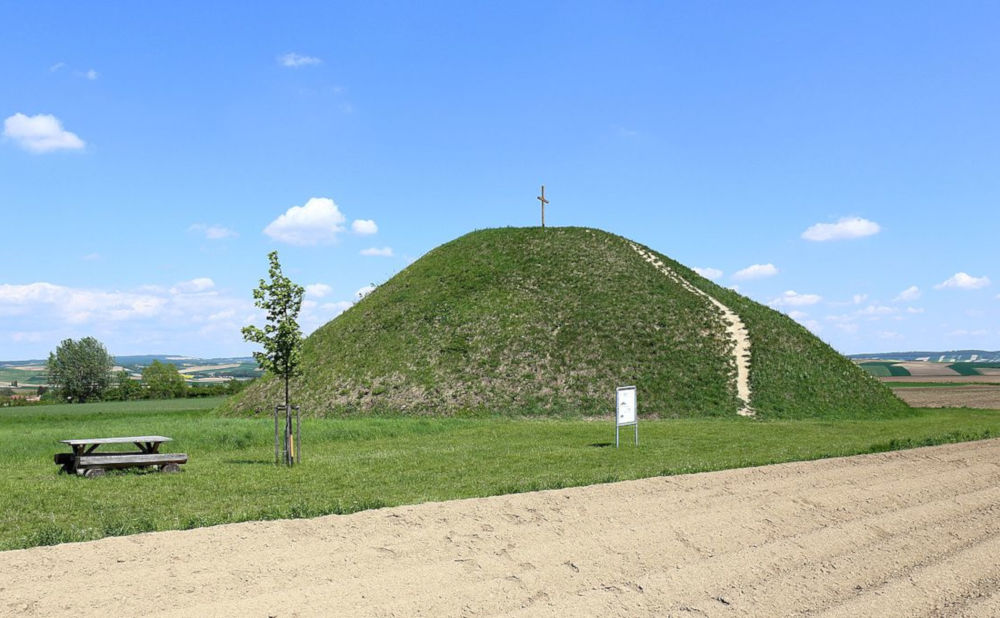 The Leeberg Großmugl in the market town of Großmugl in the Korneuburg district in Lower Austria is a listed tumulus. The tumulus was filled in during the Hallstatt culture and has not yet been opened for scientific purposes. The burial mound is the most striking archaeological relic of the prehistoric settlements located there.


The tumulus consists of loess or loess clay. Due to the steepness and dryness of its slopes, the Leeberg could not and cannot be used for agriculture. Valuable Pannonian dry grasslands therefore developed on its surface. In the Austrian dry grass catalogue these were classified as regionally important and represent a species-rich island in the now cleared arable landscape.