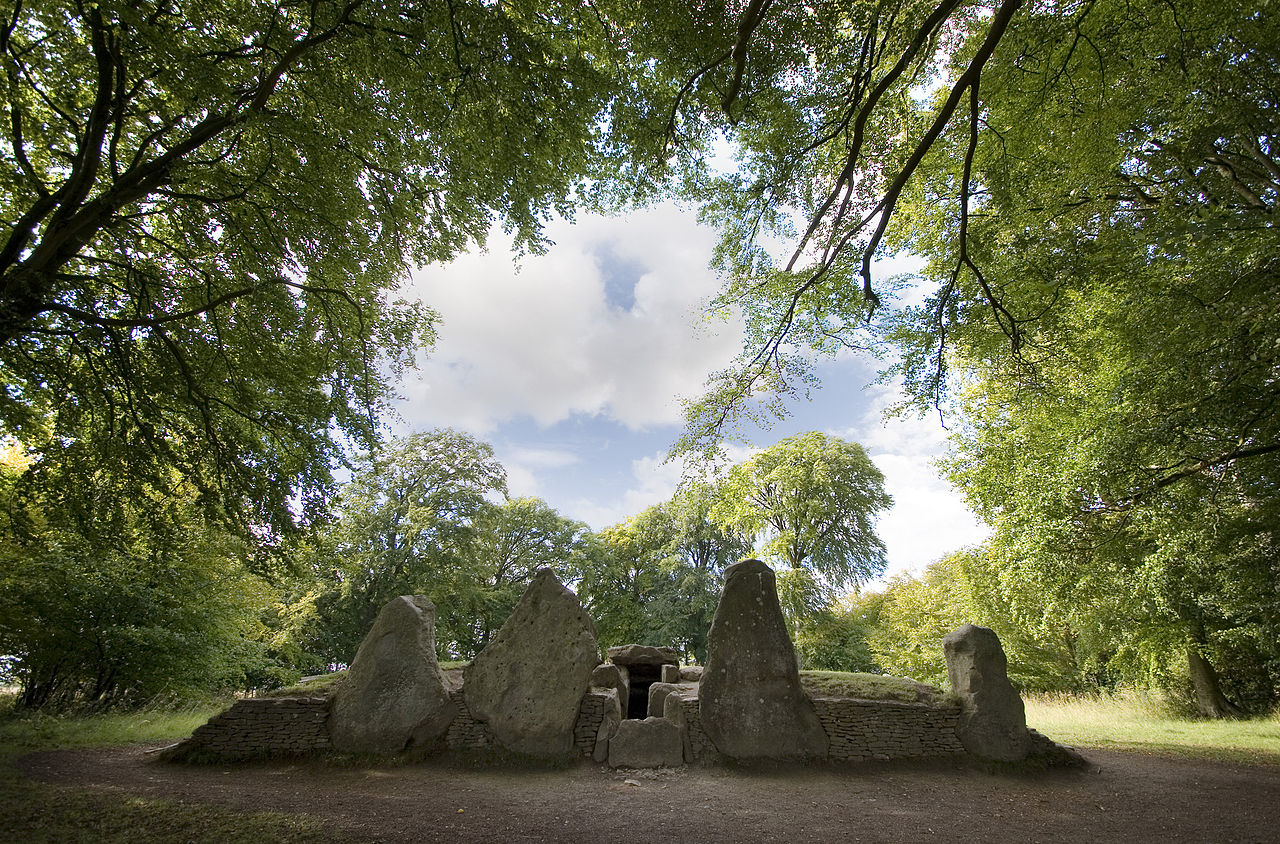 A 'Cotswold-Severn' type of Long Barrow there has been only one skeleton found, along with fourteen cremations. Older burials have been found at the site, it is likely that there was a previous timber structured barrow here before which the one we see today was built over.

Wayland's Smithy received attention by the Anglo-Saxons who arrived some 4000 years later, it was they who began to call it 'Wayland's Smithy' as they believed it to be the dwelling place of the Anglo-Saxon God Wēland, who was known as the divine blacksmith among all Germanic peoples. It was said that "if a traveller's Horse had lost a Shoe upon the road, he had no more to do than to bring the Horse to this place with a piece of money, and leaving both there for some little time, he might come again and find the money gone, but the Horse new shod."

There is some parking space nearby, but it is much easier to walk 1 mile from the much larger and accessible Uffington White Horse car park.