Germany
This Widukind statue in Herfordfrom was made in 1959.
Want to visit
Undo
2
Been here
Undo
0 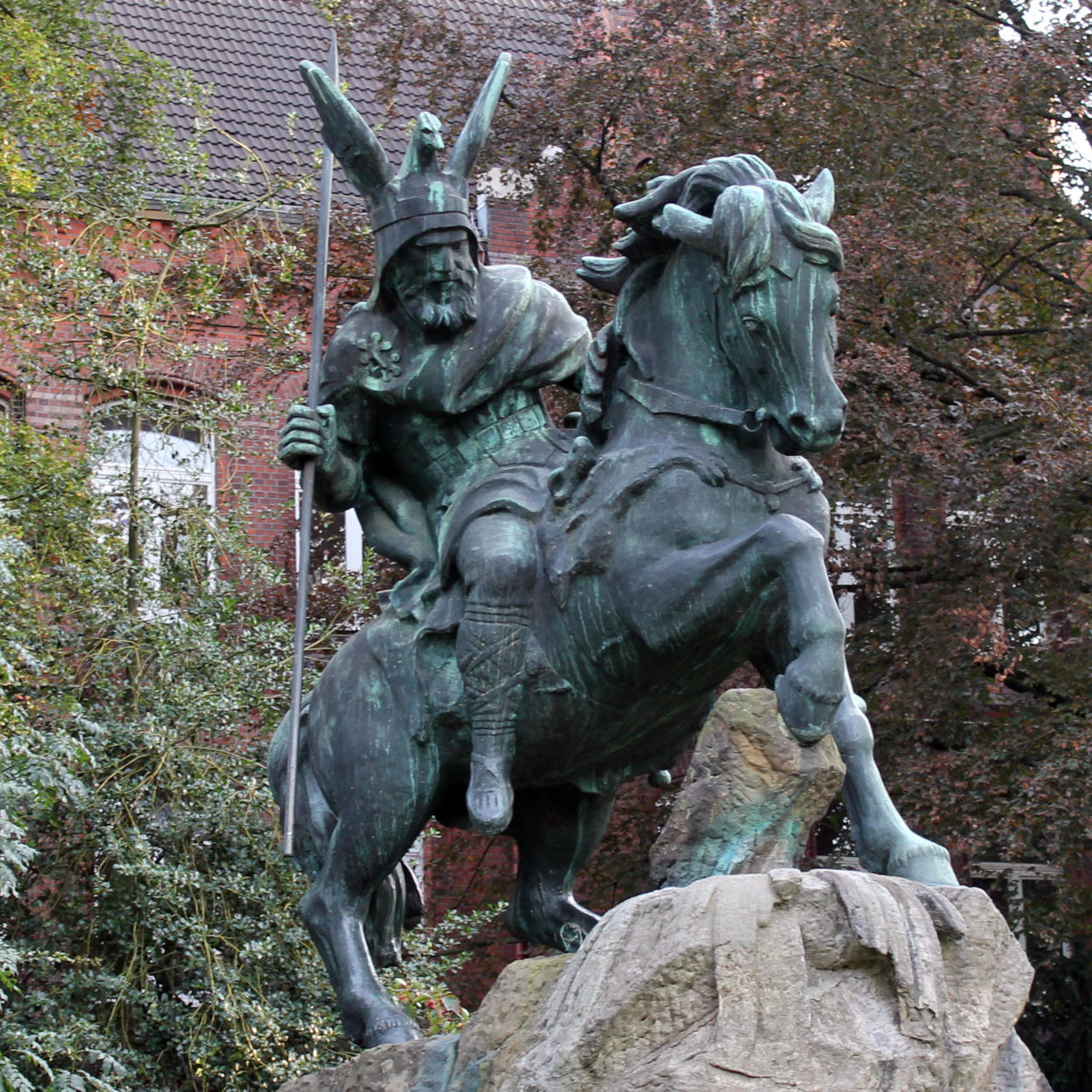 This Widukind statue in Herford was made in 1959 by the sculptor Walter Kruse. It is modelled after the original by Heinrich Wefing. The original monument, inaugurated in 1899, was melted down in 1942 to fuel the German war machine.

There are several statues and other monuments dedicated to Widukind throughout Germany, and there are a lot of myths surrounding this legendary king of the pagan Saxons. Widukind is also referred to as Widuking or Wittekind, and the name translates to modern English as "child of the woods".

The Widukind statue is located in Herford, North Rhine-Westphalia, in front of the Catholic primary school Herford.