Switzerland
The Althau menhirs are a complex prehistoric site consisting of over 70 stones.
Want to visit
Undo
0
Been here
Undo
0 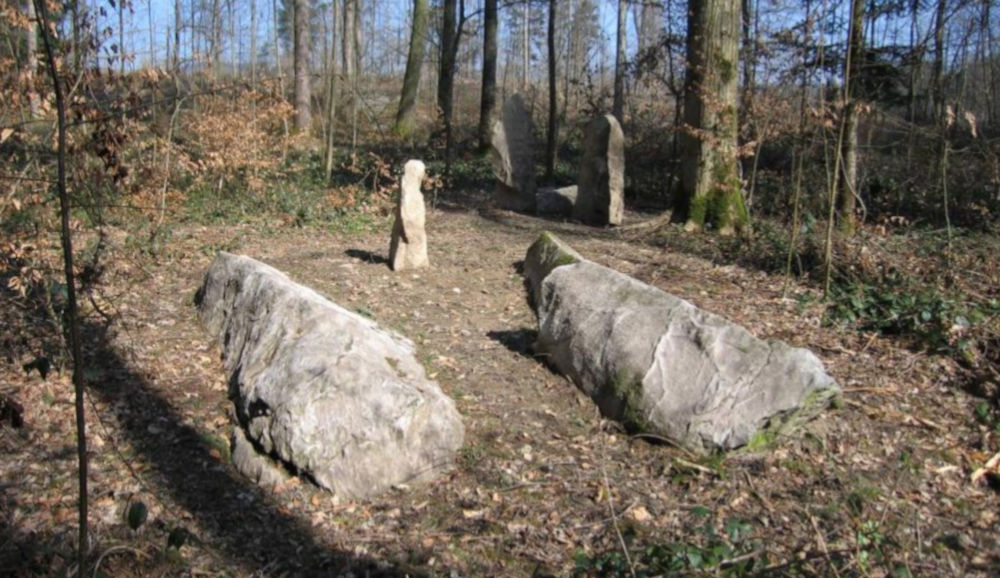 In the Althau, a section of forest east of Oberlunkhofen, two huge, over 100-tonne, erratic blocks form nodes of a complex, both star and network-shaped block configuration of over 70 stones. According to information from Wolfgang Tross, Oberlunkhofen, some of the blocks were recently erected by laypersons. Note: Later blocks were dug up and erected in a dilettante manner. It seems that the strikingly elongated blocks could have fallen over standing stones. Another interesting thing is a stair-shaped block and slab wall in the exact south direction at the edge of the forest. With this complex system, it is difficult to identify all of the possibly relevant bearings. The azimuth 125 ° for the winter solstice sunrise can be found exactly from the summit of large block No. 2. The azimuths 308 ° and 90 °, which correspond very well with 308 ° for the summer solstice sunset and 89 ° for the sunrise at the spring and autumn equinoxes, are also noticeable, measured from the summit of the large block No. 1. South of Block No. 5 points 273 ° approximately towards 271 ° for the sunsets at the spring and autumn equinoxes. The other leg shows, practically at right angles to it, almost exactly south at 183 °. 180 ° corresponds to the meridian or midday circle. 122 ° could roughly mark the sunrise winter solstice (125 °).