Norway
The Bjørnstad ship of Sarpsborg in Viken in Norway (Norwegian Bjørnstadskipet) is northern Europe's largest Bronze Age rock carving with a length of 4.5 m and a height of 1.15 m.
Want to visit
Undo
0
Been here
Undo
0 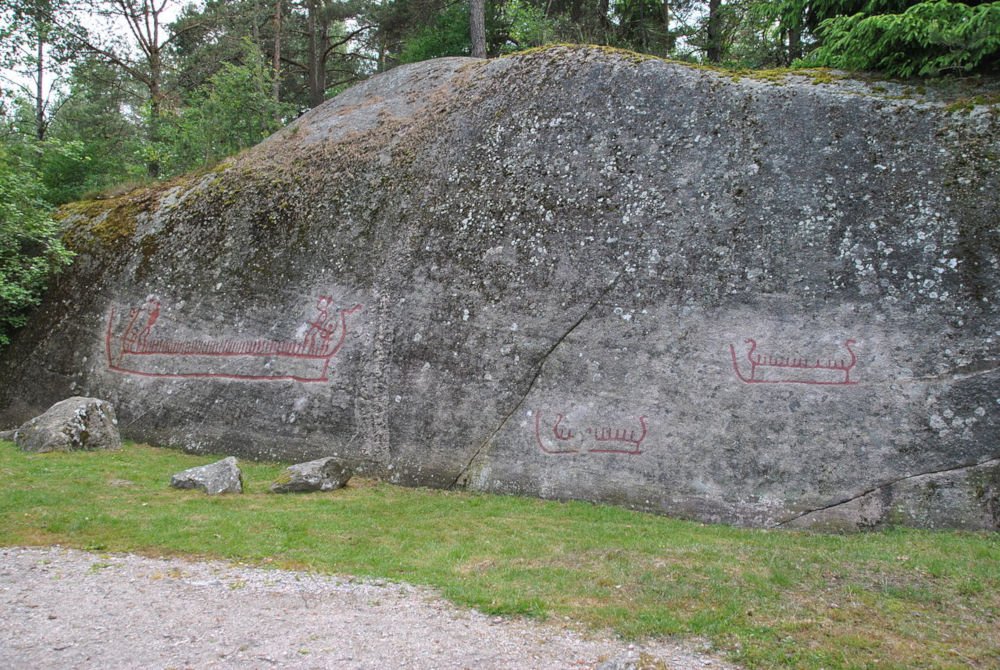 The Bjørnstad ship of Sarpsborg in Viken in Norway (Norwegian Bjørnstadskipet) is northern Europe's largest Bronze Age rock carving with a length of 4.5 m and a height of 1.15 m.

Based on the design, archaeologists differentiate between carvings made by hunters and gatherers and those made by arable farmers like these. In Scandinavia, ships are, next to bowls, the objects most pecked in rock. This indicates that the boat was central to society. Perhaps the rock was a point where the myth associated with it was cultivated. At the bow and stern, two (larger and smaller) adoring or holding objects are shown. To the side of this are two smaller ships about one meter long on the rock face. No real boats or ships from the Nordic Bronze Age have been found yet. A boat from the Iron Age (4th – 3rd centuries BCE) was discovered in Hjortspring, Denmark. It resembles the boats of the rock carvings and was about 19.0 meters long.

Nearby are the rock carvings from Hafslund.