Spain
The dolmen of Ca na Costa on Formentera, which was only discovered in 1974, is one of the spectacular megalithic structures of the Balearic Islands in Spain.
Want to visit
Undo
0
Been here
Undo
0 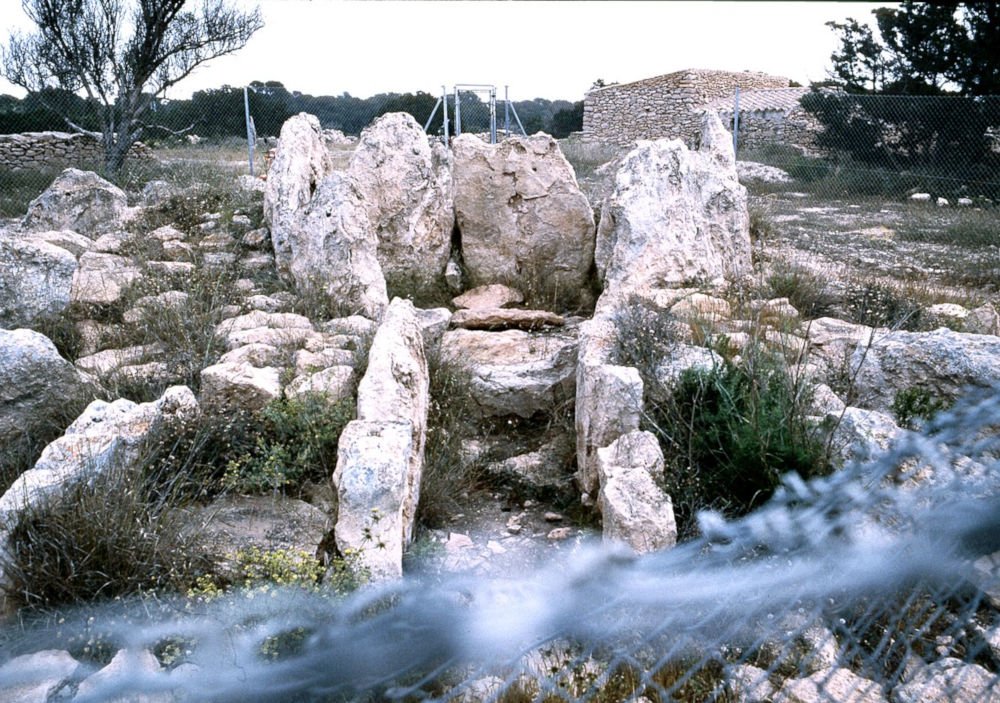 The dolmen of Ca na Costa on Formentera, which was only discovered in 1974, is one of the spectacular megalithic structures of the Balearic Islands in Spain.

Ca na Costa is located in the north of Formentera, between the lake "Estany Pudent" and the town of Es Pujols. It dates from the beginning of the Bronze Age and was made between 2000 and 1600 BCE.

The components of Ca na Costa are arranged in an amazing geometry. A central circular room is framed by large vertical stone slabs, which are surrounded by three paved concentric circles and 22 radial stones. A corridor leads to the centre of the facility. The discovery made an important contribution to the history of Formentera, because until then it was believed that the oldest human presence dates back to the Punic period (from the 4th century BCE). During the excavations, the remains of several people were found together with small-sized pottery. Ca na Costa is evidence of cultural contacts to Mallorca (Dolmen of Son Bauló de Dalt). For historians, given the lack of this type of megalithic complex on the much larger and closely neighbouring island of Ibiza, an interesting mystery remains.