Spain
Casetón de los Moros (meaning "House of the Moors") is the name of a dolmen in the Carpurias Hills, Spain.
Want to visit
Undo
0
Been here
Undo
0 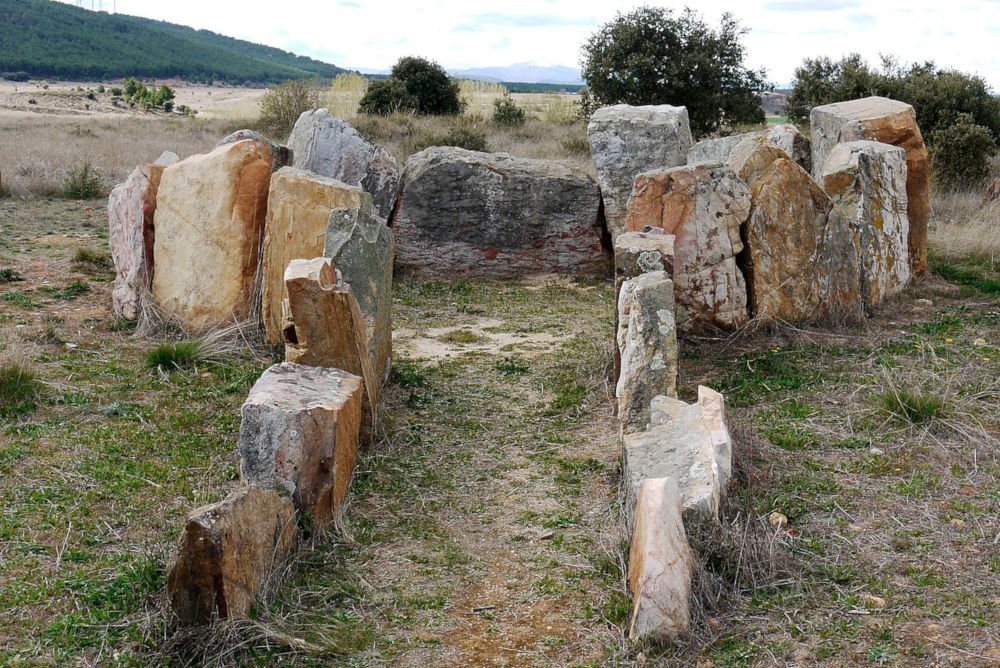 Casetón de los Moros (meaning "House of the Moors") is the name of a dolmen in the Carpurias Hills, less than a kilometre northwest of Arrabalde, at Granucillo de Vidriales in the north of the province of Zamora in Castile and León in Spain.

The monument was badly damaged by intensive agriculture. The megalithic complex, of which several types (e.g. El Tesoro, Dolmen de las Peñezuelas, Dolmen of San Adrián) are located in the Carpurias hills, with the oval chamber and the corridor pointing to the southeast, dates from the 4th millennium BCE. The system, which only consists of five orthostats in situ, was supplemented during the restoration with new stone blocks based on the excavation findings.