Spain
The Cova d’en Daina (Catalan for "Cave of Daina" - Spanish Cueva de Daina) is a large dolmen made of granite stones for the region and built between 2200 and 1700 BCE.
Want to visit
Undo
0
Been here
Undo
0 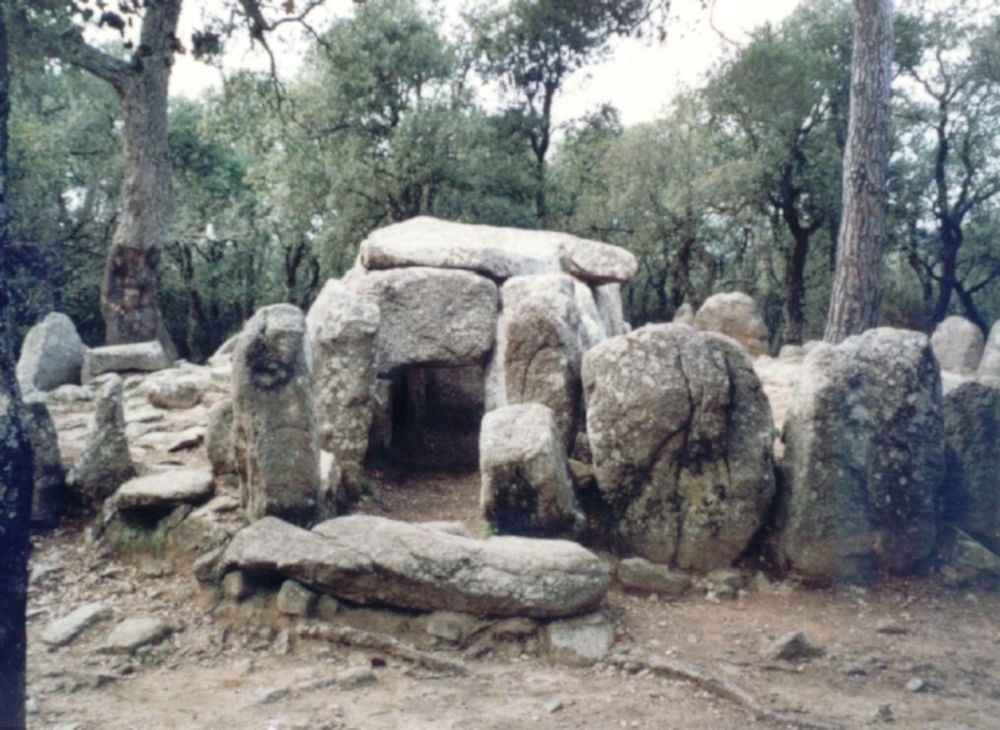 The Cova d’en Daina (Catalan for "Cave of Daina" - Spanish Cueva de Daina) is a large dolmen made of granite stones for the region and built between 2200 and 1700 BCE. The Cova d’en Daina is located east of the village "Romanyá de la Selva" near Santa Cristina d’Aro, east of Girona in Catalonia in Spain.

The chamber is surrounded by a mound of earth with a curb ring of 11 m diameter made of almost completely preserved granite stones. The rectangular dolmen with antechamber is 7.6 m long, 1.7 m wide and 1.5 m high. The chamber, made of 10 supporting stones and 3 remaining (from what used to be four) ceiling panels, is separated from the antechamber made of seven side stones by a constriction of two posts and an overhang. There are three stones on the hill that could have been cap or curbstones.

The north-west-south-east oriented dolmen was discovered in the 19th century. In 1957 excavations were carried out by Lluís Esteva Cruañas. He found ceramics, numerous bones, knife fragments and flint arrowheads, pearls from a necklace and seven teeth. In 1931 the dolmen was declared a national monument.