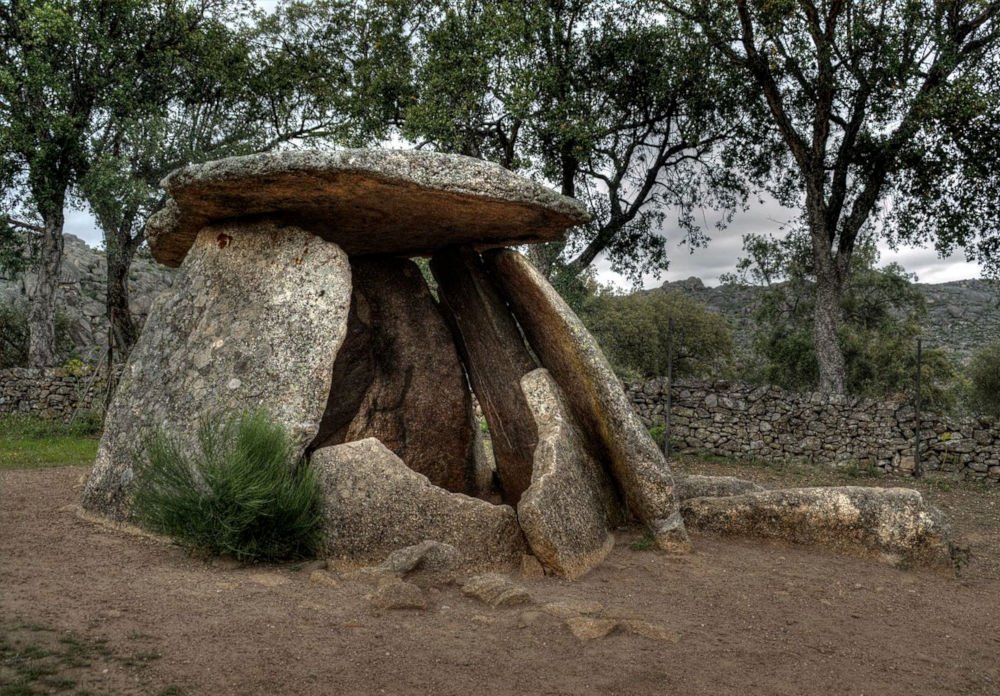 It is one of the few dolmens in Extremadura, the chamber of which is still covered by a horizontal, overhanging capstone, but the hill has been completely eroded. In contrast, the short corridor (two remains of slabs) and access to the chamber through a split threshold stone have been preserved. The site is a megalithic complex, dating to around the 4th or 3rd millennium BCE.

The granite slab dolmen has an oval chamber and consists of eight supporting or side stones, some of which are broken. It has a diameter of about 3.0 m × 3.6 m and a height of about 2.5 m. Although the dolmen had already been looted, it was excavated in 1985 by Primitiva Bueno Ramirez, who was able to find some remains of the grave goods such as ceramic shards, arrowheads and other objects. There was a dolmen of the same type nearby, but it was lost. Data I and II are about 300 meters away.