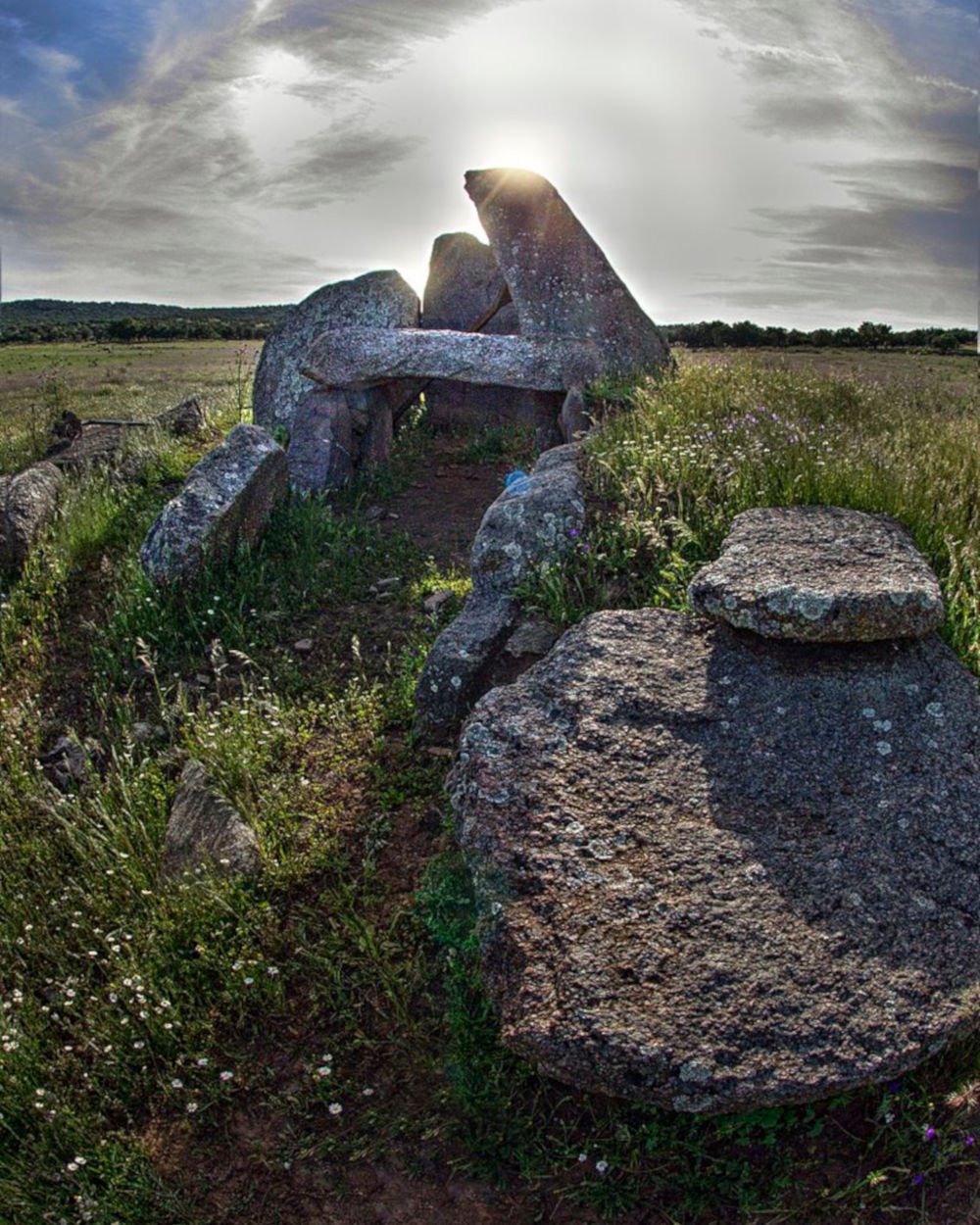 The Dolmen El Milano (also called Cerca del Milano) is located west of Barcarrota, near Badajoz in Extremadura in Spain.

The El Milano dolmen is the largest in the municipality of Barcarrota and one of the largest in Extremadura. The architecture of the dolmen, not far from the border with Portugal, is influenced by the typical shape of the western Antas and not by the dolmen of Spain. The seven orthostats of the chamber have been preserved. The large ceiling plate of the anta-like megalithic complex is divided. It fell in the direction of the entrance and is supported by steel girders.

Around the dolmen, there is a pile of stones and earth that make up the rest of the round hill. The fence posts in the enclosure were set in concrete, presumably by cattle. Nearby is the dolmen of La Lapita.