Spain
The dolmen of Azután is located in the hamlet of Azután, southeast of El Puente del Arzobispo, in the far west of the province of Toledo in Spain.
Want to visit
Undo
0
Been here
Undo
0 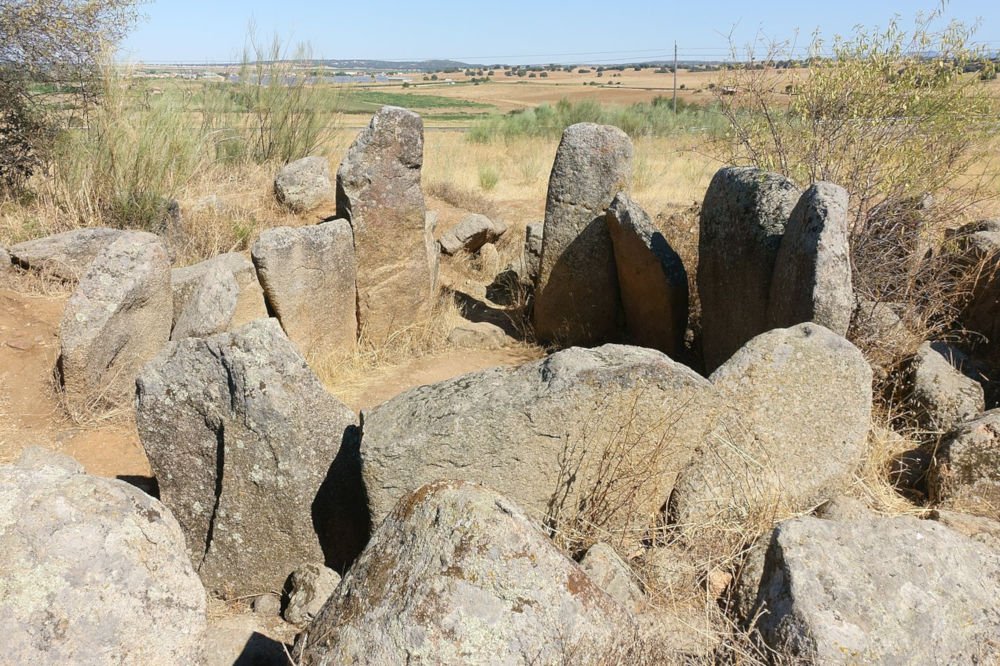 The dolmen of Azután is located in the hamlet of Azután, southeast of El Puente del Arzobispo, in the far west of the province of Toledo in Spain.

The Dolmen of Azután was the first in the interior of the country to provide radiocarbon data that made it possible to record chronologically and culturally the population of the middle and late Neolithic in central Spain and to establish their connections to the megalithic complex builders on the edges of the peninsula.

The megalithic complex belongs to a group of round dolmens (such as Carmonita, Castillo or Cerro de la Barca, all in the province of Badajoz) in western Spain. The more than 6000 year old dolmen with the remains of a long corridor has a diameter of more than 12.0 meters. The two highest orthostats at the entrance significantly exceed the height of 2.0 meters. The dolmen was systematically partially excavated from the early 1980s to 2001. Remains of one of the side chambers can be seen on the left, which suggest that he had another side chamber on the right. The chamber and passage are made from large orthostats. The dolmen was used from the Middle Neolithic to the Chalcolithic (from the Bell Beaker Culture).