Spain
The Dombate dolmen is a megalithic complex in the Spanish region of Galicia. It is an example of a type that is also widespread in neighbouring Portugal.
Want to visit
Undo
1
Been here
Undo
0 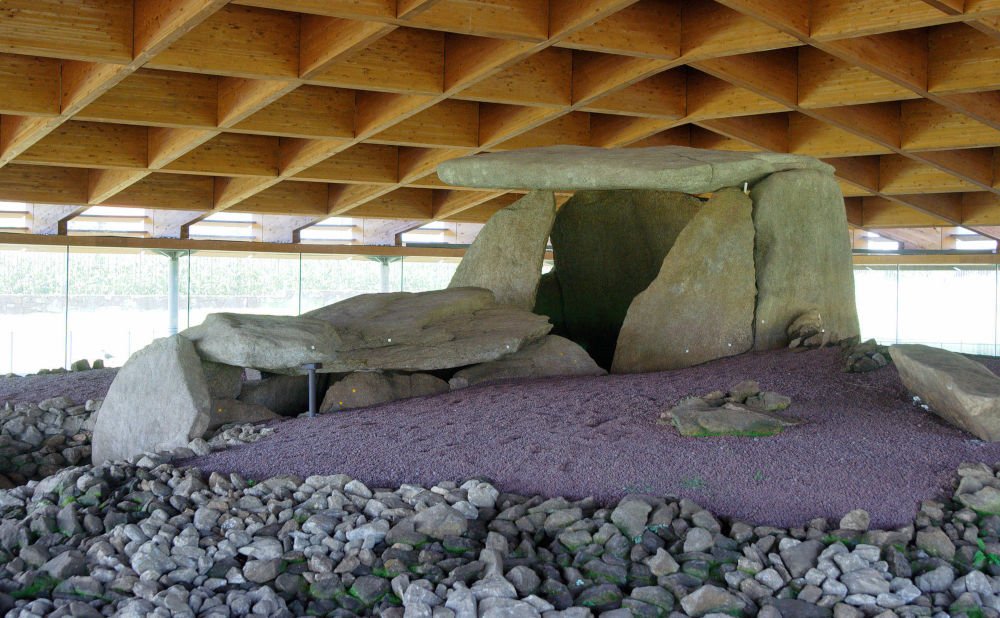 The Dombate dolmen is a megalithic complex in the Spanish region of Galicia. It is an example of a type that is also widespread in neighbouring Portugal and is called Anta there.

The small town of Dombate is located about 60 km southwest of the city of A Coruña and about 65 km northwest of Santiago de Compostela. The dolmen is to the left of the village entrance.

The newer complex now consists of a circle with a diameter of 24 m enclosed by small curbstones. In the newly acquired part, an ante of considerable dimensions was built. A polygonal chamber consisting of seven bearing stones (orthostats) is dominated by a particularly wide frontal stone (the largest in Galicia) on the back (height and width about 4.7 m) and covered by a stone of similar size. Your interior is a 4.7 × 3.0 m so-called "wide chamber". The chamber has a corridor about four meters long and made of side stones with decreasing height; the corridor, originally covered with thick stone slabs, probably reached as far as the edge of the hill.