Germany
The Glauberg burial mound is a Celtic burial mound (royal grave) in the German municipality of Glauburg, which is located 300 meters south of the oppidum.
Want to visit
Undo
2
Been here
Undo
0 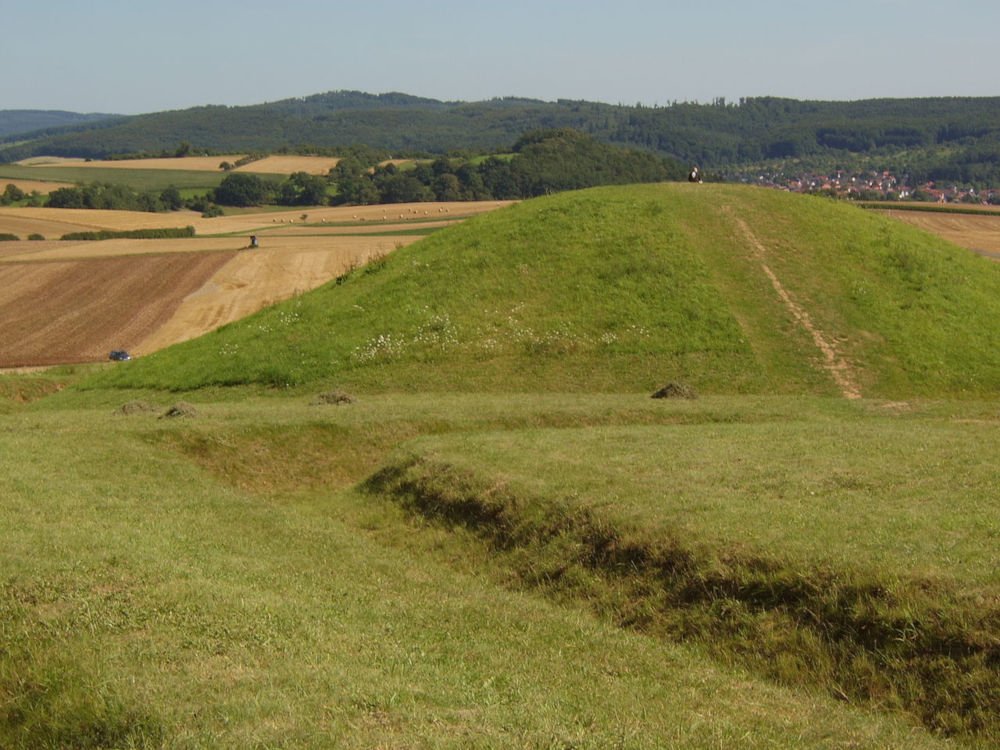 The Glauberg burial mound is a Celtic burial mound (royal grave) in the German municipality of Glauburg, which is located 300 meters south of the oppidum.

The burial mound was discovered in 1988 and examined between 1994 and 1997. Originally the hill was 50 meters in diameter and 6 meters high. The burial mound was surrounded by a ditch 6 meters wide. The hill must have been very striking in the landscape. An empty pit was found in the center of the burial mound, perhaps to mislead grave robbers. In the northwest was a burial chamber measuring 1 by 2 meters in which a person was buried. A wooden container with cremation remains has been found in the southeast.

In the La Tène period, burial was common, in the Hallstatt culture cremation was more common. On the basis of grave goods it was established that both of the deceased were warriors, as weaponry and a sword were found. The burial chamber containing the person buried was intact and was taken en bloque to Wiesbaden to carefully examine the remains. The grave goods were individually wrapped in cloth and a golden torque and a bronze jug, which had mead in it, were found.

A processional road to the burial mound was found, where 16 post holes were found. Recent research has shown that this has a calendar function.

A second burial mound was found about 250 meters south of the Royal Tomb. This one had become completely unrecognizable due to erosion and cultivation (plowing). The remains of a warrior were also found here, along with weapons, a fibula, a belt and a gold ring. In the vicinity of the burial mounds a man-sized statue of a prince or druid was found, the person wearing a torque and head covering made of mistletoe. It also has a short sword, shield and armor. This statue is the most important discovery about Celtic culture in Hesse. There have been four such statues around the burial mound.