Denmark
The Glavendrup runestone, referred to as DR 209 by Rundata, is a rune stone on Funen in Denmark and dates from the early 10th century.
Want to visit
Undo
1
Been here
Undo
0 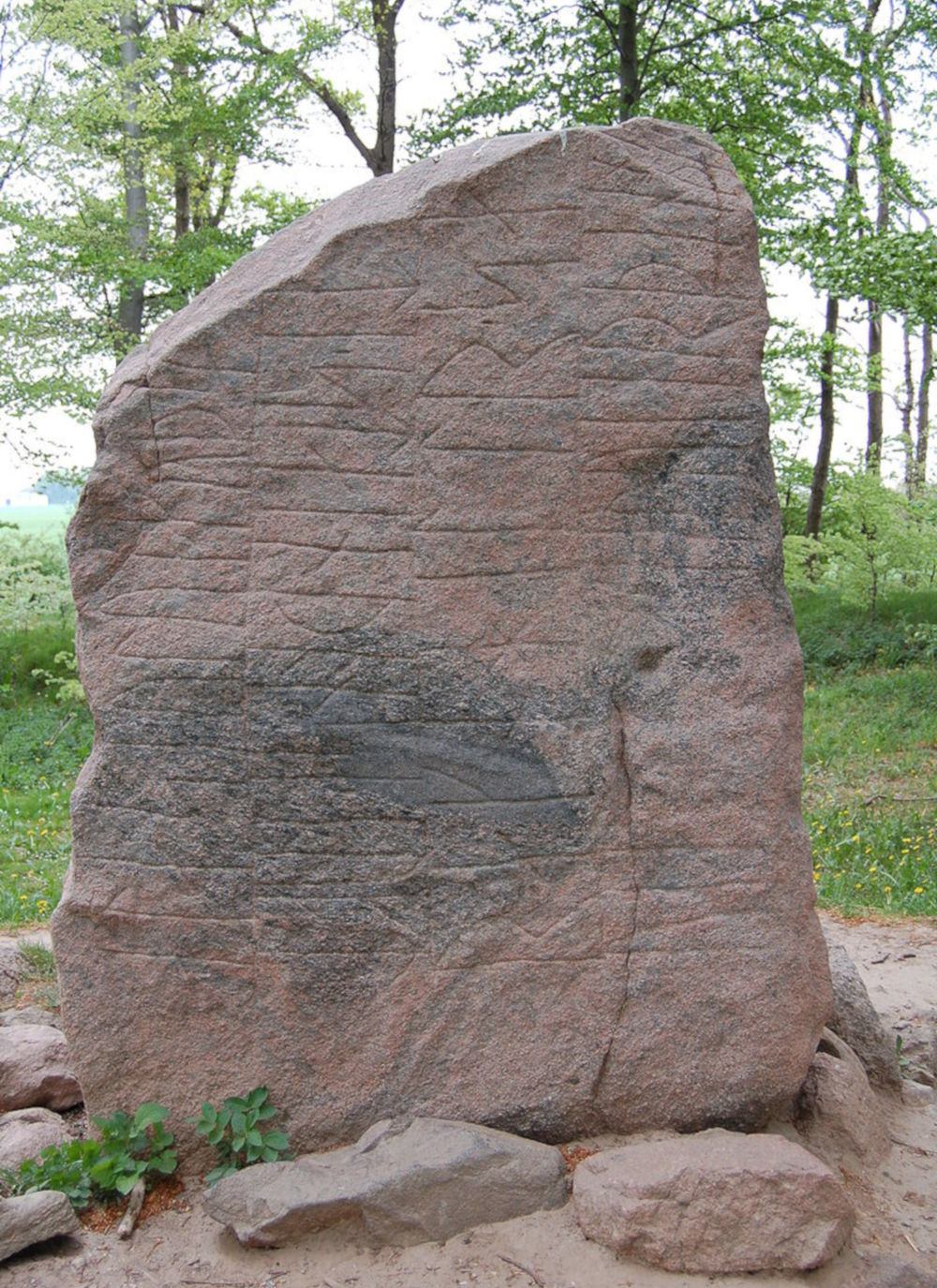 The Glavendrup runestone, referred to as DR 209 by Rundata, is a rune stone on Funen in Denmark and dates from the early 10th century. It contains Denmark's longest rune inscription and ends in a curse.

The runestone forms the end of a stone ship. There are other megaliths in the area, including memorial stones with Latin characters from the early 20th century. Nine graves were found in the stone ship, but they were all empty.

The runestone was discovered when the area was quarried in 1794, and in 1808 it was stored for safekeeping by the archaeologist Vedel Simonssen when stonemasons wanted to buy it. The last restoration was in 1958, and the hill on which it now stands is newly erected.

Ranghild, who ordered the stone also ordered the Tryggevælde runestone (DR 230) from runemaster Soti. The rune inscription is classified as runestone style RAK. This is the classification for inscriptions with straight-edged text tapes that do not have snakes or animal heads attached. It refers to a Goði who was a pagan priest of a Vé (shrine), and to a Thegn of thane, the head of the Nordic clan (ætt) and a war chief. The rune beetle calls on the Nordic god Thor to sanctify the inscription. Two other runestones with similar invocations to Thor have been found in Denmark, DR 110 from Virring and DR 220 from Sønder Kirkeby, and three other stones in Sweden, Ög 136 in Rök, Sö 140 in Korpbron, and Vg 150 in Velanda. It has been noted that Thor is the only Norse god to be invoked with Viking runestones.

The inscription ends with a curse, similar to that on the Tryggevælde runestone in Denmark and the Saleby runestone in Sweden. There is some disagreement about the translation of any of the words in these curses, rita / rata, which has been translated as wretch, exile or wizard. Wizard is the translation accepted by Rundata. Nevertheless, the use of the word wizard does not imply that the destroyer would acquire magical powers, but that he would be considered unnatural and a social outcast. The notion that wizard or devil artists were evil and depraved predates the Christianization of Scandinavia.