Germany
Harhoog is a megalithic dolmen in Keitum on the island of Sylt, located on the edge of the tidal flats.
Want to visit
Undo
1
Been here
Undo
0 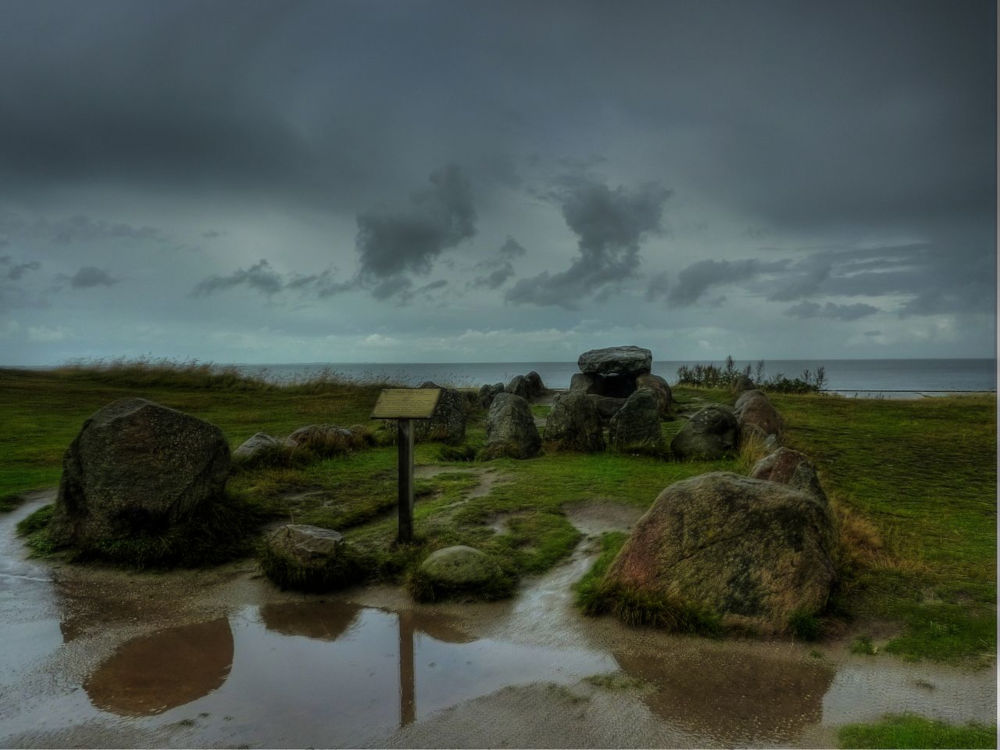 Harhoog is a megalithic dolmen in Keitum on the island of Sylt. It has a rectangular barren bed in an east-west direction with an "extended dolmen" or rectangular dolmen, as a parallel or lengthwise berth with a half-high entry stone as access. It is on the edge of the tidal flats, but it is no longer at its original location.

It was originally located in the hill called "Weenk" east of the forest between Keitum and Tinnum. It was exposed for the first time during the exploitation of a large sandpit for the construction of the Hindenburg dam in 1925 and after further sand extraction for the construction of the Nossekoog dyke it was scientifically examined in 1936. The stone chamber of the giant bed had to be relocated in June 1954 because the area for the expansion of Sylt airport was being demolished.

It consists of a grave chamber with a rectangular border, a so-called long bed, and was built around 3000 BCE. Harhoog is thus ascribed to the Funnel Beaker Culture.

In Ernst Sprockhoff's “Atlas of Germany's Megalithic Tombs” the long bed is listed as “Sprockhoff 5”.