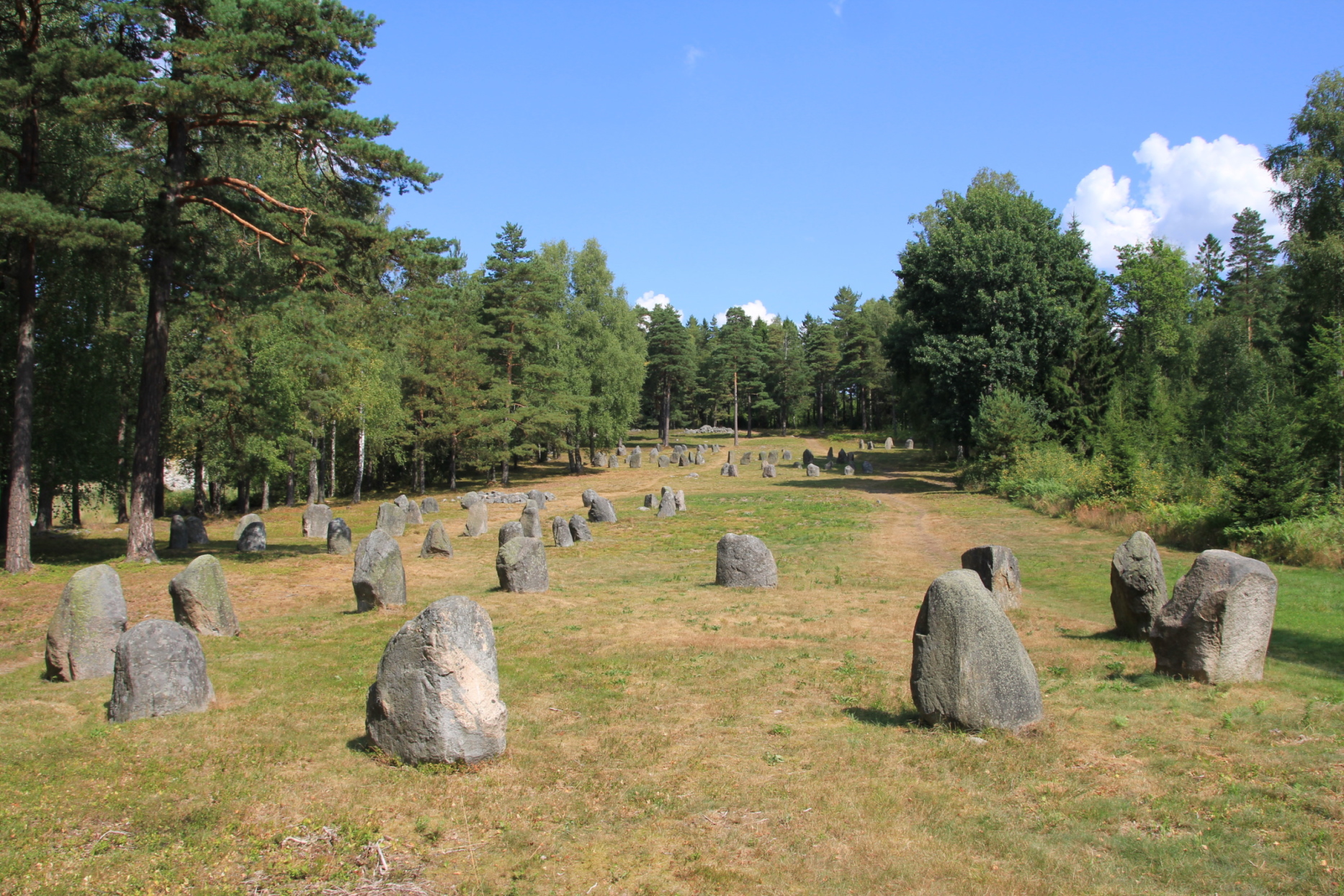 Hunn (also known as Hunnfeltene, Hunn fields) consists of three almost continuous burial grounds consisting of 145 visible stones and is approximately dated to the early bronze age to the early iron age (~ 1000 BCE to ~ 900 CE). Excavations have shown that despite there being 145 visible stones, there are both graves and other signs of the past under the ground. There have also been many finds, some of which include Roman-era weapons, bronze boilers and glass beakers. Other than multiple excavations, the site also shows signs of grave robbery.