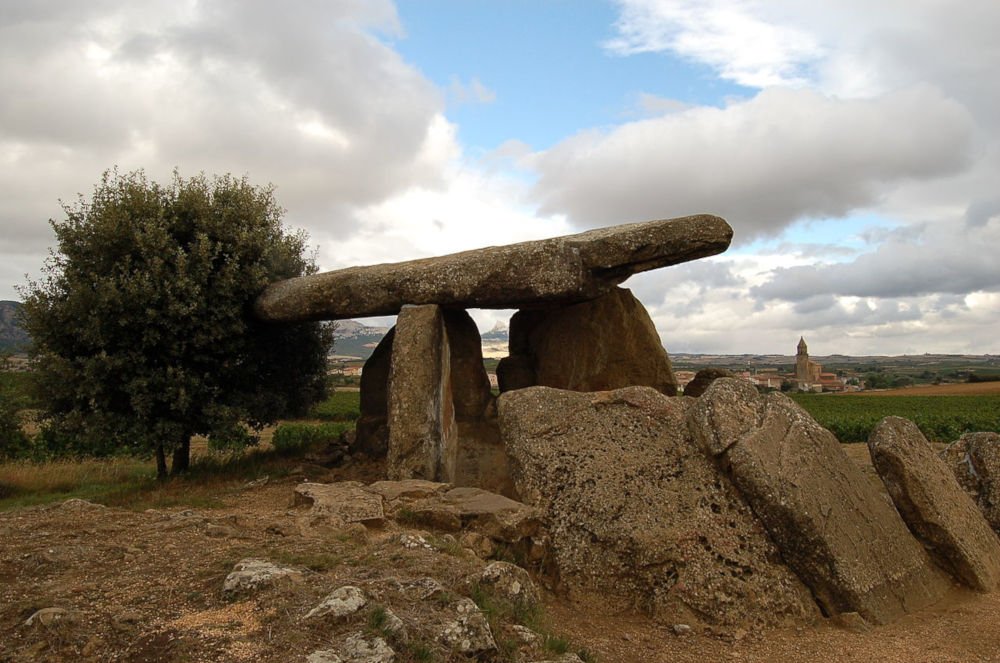 La Chabola de la Hechicera (in Basque: Sorginaren Txabola) is a dolmen located in Elvillar, Álava, in the Basque Country (Spain). Three large vertical stones support one large horizontal flat stone. Nine large stones form the chamber in a polygonal shape. The hall is made of stones and is divided into two halves. It was probably a funerary construction to house the remains of the people in this monument.

It was discovered in 1935 by Álvaro de Gortázar in a very good state of preservation. Jose Miguel Barandiaran partially explored it in 1936, finding a polished ophthalmic axe, ceramic fragments and human remains. The stone in the upper part is divided into three parts, but it was restored and replaced in its original position. Between 2010 and 2014, commissioned by the direction of the Museums and Archeology Service of the Provincial Council of Álava, the professors of the University of the Basque Country Javier Fernández Eraso and José Antonio Mujika Alustiza, excavations and studies were carried out in it. The burial mound was rebuilt, maintaining the original technique, interweaving the stones in such a way that they hold one another without the need to add a curb of large stones to hold it, and a ritual space was identified and marked at the entrance, before the corridor, consolidating the burial chamber.

The findings are kept in a museum in the nearby town of Laguardia.