Norway
The rock paintings of Alta is a World Heritage Site. It concerns a large number of petroglyphs located just south of the city of Alta in the north of Norway.
Want to visit
Undo
0
Been here
Undo
0 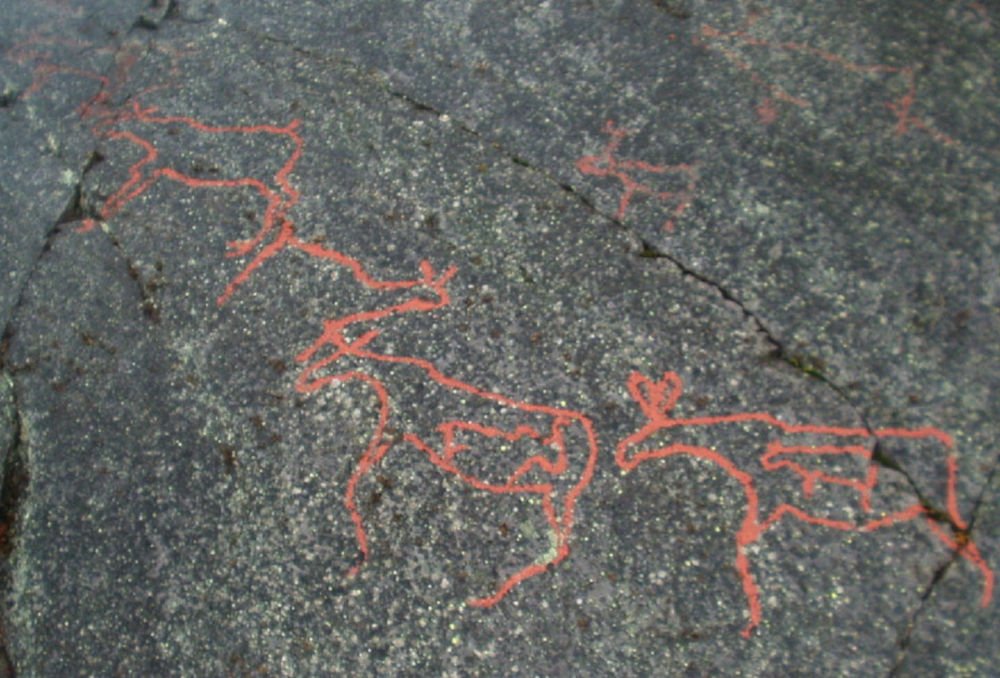 The rock paintings of Alta is a World Heritage Site. It concerns a large number of petroglyphs located just south of the city of Alta in the north of Norway.

The petroglyphs, which are believed to number about 5000 in total, were discovered in 1972. The petroglyphs are spread over 60 groups.

Remarkable are the representations of the fences that were used (and are still used) to herd and catch reindeer. This is proof that this technique was used at least 5300 to 6000 years ago.

The oldest images are 6300 years old, the youngest are from the beginning of our era.

The images are simple figures of moose, reindeer, geese, fish (including a turbot), boats (sometimes with fishermen, recognizable by the net) and human figures. Despite the simplicity, the animals are clearly recognizable as such. The images are hammered into the hard rock with two stones or a stone with gravel in certain places and form a connected row of pits only a few millimetres deep. To make them clearly visible, they were painted red by the researchers.