Spain
The Roman Temple of Vic was built in the 2nd century CE in the Spanish city of Vic.
Want to visit
Undo
1
Been here
Undo
0 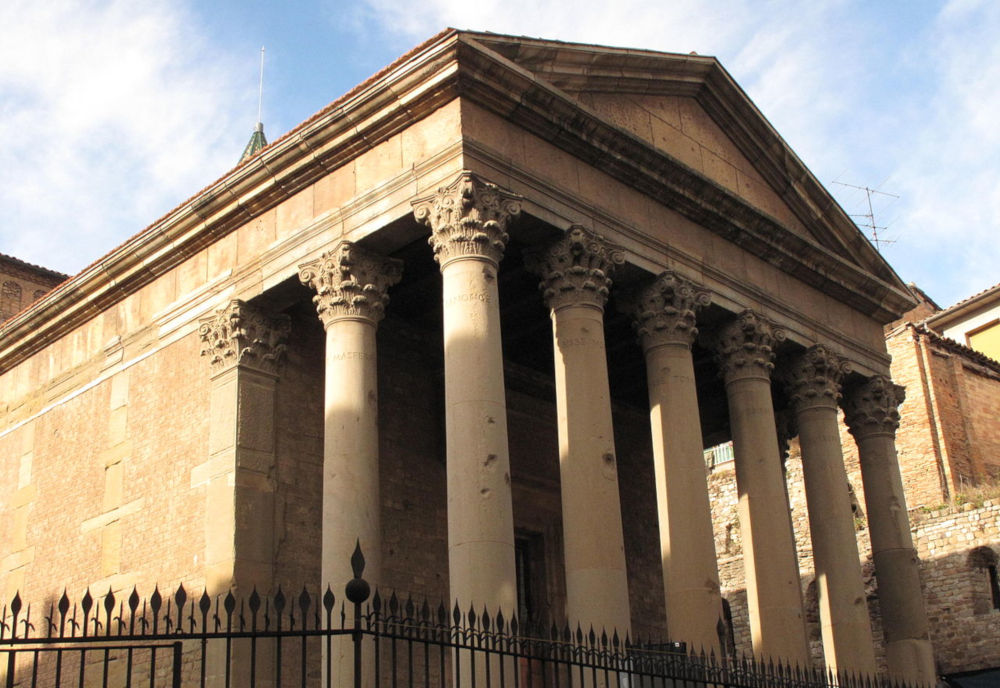 The Roman Temple of Vic was built in the 2nd century in the Spanish city of Vic, which was called Ausa in ancient times.

In the Middle Ages, the temple was built into the walls of a new castle. The temple was then next to a patio. The temple was completely forgotten until the castle was demolished again in 1882 and the temple was surprisingly rediscovered. The building was still in good condition and after reconstruction of the pronaos, it is now one of the most important monuments of the city.

The prostyl temple has a hexastyl porticus (six columns at the front). The feet of the smooth columns are Ionic, but the capitals are in the Corinthian order. The temple is on a raised podium that can be reached at the front via a staircase. It is unknown to which god the temple was dedicated.