Russia
The Royal Kurgan of Kerch from the 4th century BCE is one of the most impressive barrows (Kurgans) in the Crimea.
Want to visit
Undo
0
Been here
Undo
0 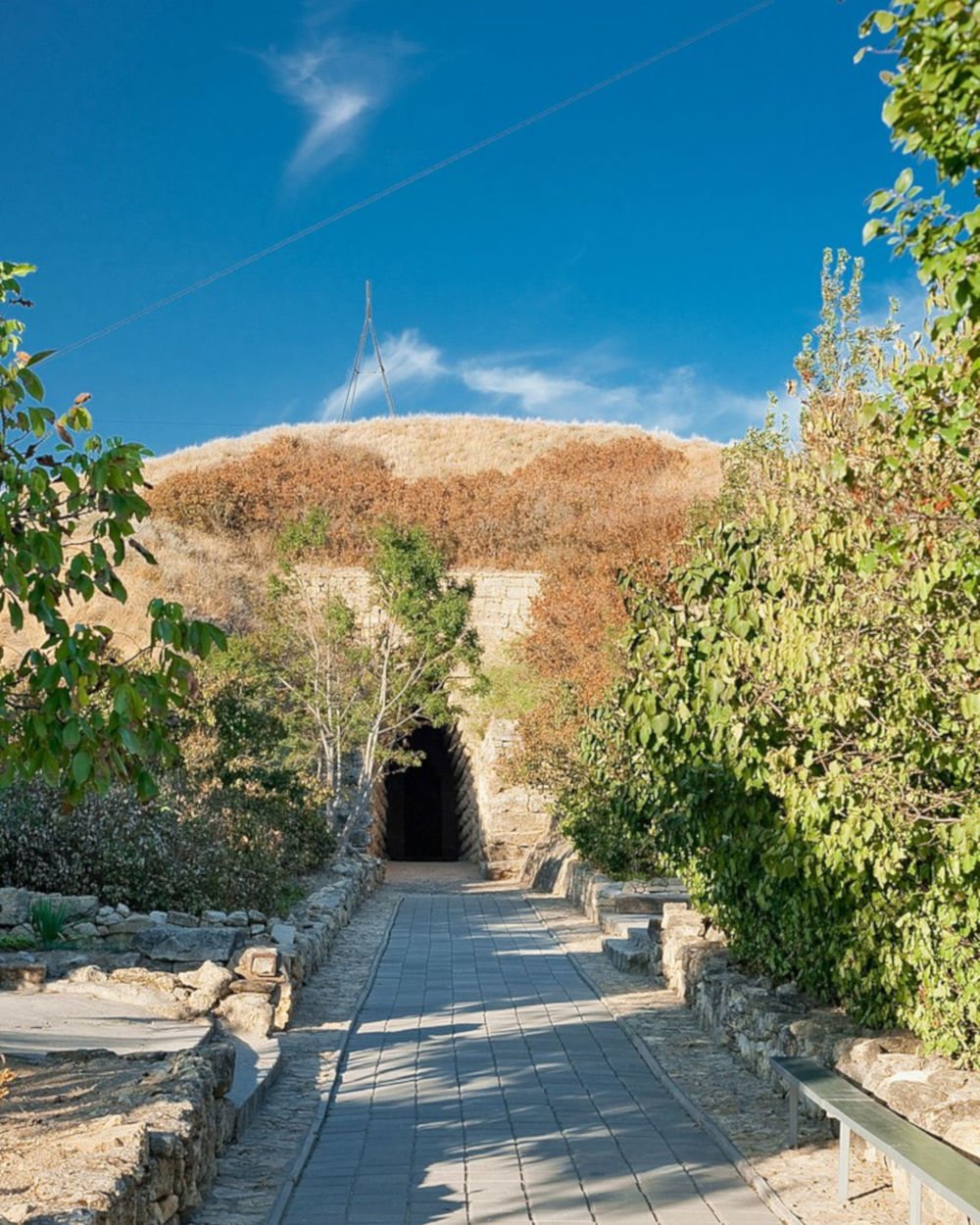 The Royal Kurgan of Kerch (Ukrainian Царський курган, Russian Царский курган) from the 4th century BCE is one of the most impressive barrows (Kurgans) in the Crimea. It is located in Kerch, a city on the eastern edge of the Crimea, which emerged from the city of Pantikapaion (Παντικάπαιον) founded by Miletus.

Around 200 barrows can be seen in the middle of the city of Kerch and in its immediate vicinity. The Royal Kurgan is located in the northeast of the city, about 5 km from the centre, near the monument to the "Defense of the Adzhymushkai Quarries" (Оборона Аджимушкайских каменоломен). The mound of earth is almost 20 meters high and has a circumference of around 250 meters at the bottom. It contains a burial chamber with a square floor plan (4.39 × 4.35 meters), which gradually merges into the circular shape of a precisely laid out corrugated stone dome (“false vault”). The total height of the burial chamber is 8.84 meters. Also impressive is the generous dromos, a 2.80 meter wide and 37 meters long, pointed gable entrance corridor, which is also executed in corbel construction.

Both parts of the building are made of yellowish limestone blocks and have a floor made of a tamped mixture of clay, lime and limestone. It is believed that the Royal Kurgan, a masterpiece of ancient architecture, was the final resting place of a ruler of the Bosporan Empire. That originated in the 5th century BCE From the Greek colonies in the northern Black Sea region and on the Sea of ​​Azov. The Kurgan in particular could have been the grave of Leukon I. The Kurgan was opened during excavations between 1833 and 1837. However, it only contained the remains of a wooden sarcophagus, so it was likely that it had been robbed a long time ago. Christian symbols carved on the walls suggest that the tomb was used by early Christians as a refuge and place of worship. There is also a lapidarium within the fence around the burial mound. This small museum shows objects from ancient times, such as grave steles, sarcophagi and pedestals.