Greece
The temple of Aphaia is located on a hilltop on the Greek island of Aegina. Already in Mycenaean times, offerings were made here to the fertility goddess Aphaia.
Want to visit
Undo
1
Been here
Undo
0 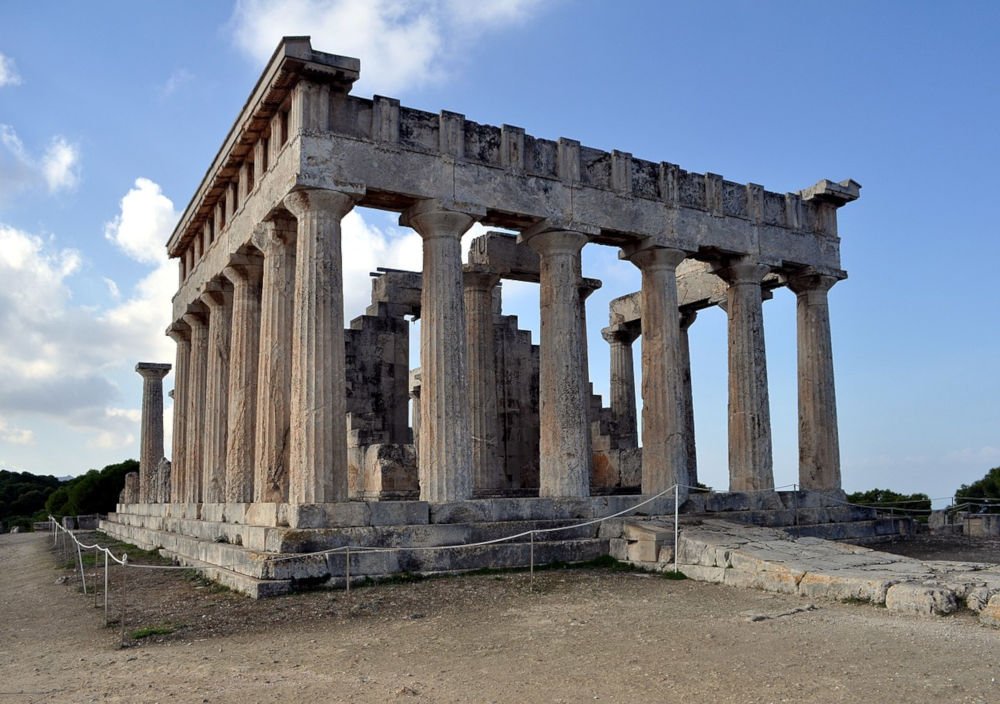 The temple of Aphaia, located on a hilltop, is on the Greek island of Aegina, between the port of Athens and the coast of Epidaurus. Already in Mycenaean times, offerings were made here to the fertility goddess Aphaia. Around 570 BCE a stone prostylus temple was built at the same location in the 2nd century BCE, which was replaced about 70 years later by a late archaic peripteros, a temple surrounded on all sides by columns. The sanctuary fell into disrepair since the 1st century BCE. The gable sculptures ("Aeginetes") of the temple, discovered in 1811, are unique, as the figures from the west gable still belong to the archaic era, while those from the east gable belong to the early classical period. They thus form an important reference point for dating the styles. The figures are now in the Munich Glyptothek.